American Airlines has announced a new route to a relatively unknown paradise in the Dominican Republic. The airline was granted permission to carry out direct flights from the United States to the Samaná peninsula. The area is known for its majestic hills, white sand beaches and crystal clear waters.

The first ever direct flight for American Airlines to Samaná will begin on June 5 and operate Wednesdays and Saturdays.  The airline is planning to use the Embraer 175 aircraft which has a capacity of around 75 people.

The non-stop flights are expected to take around 3 hours and 20 minutes.

“Throughout the pandemic, we have continued to strengthen our capacity in Miami to match demand in Latin America and the Caribbean,” said Juan Carlos Liscano, American Airlines Vice President of Operations for Miami, the Caribbean and Latin America.

Three Other Airlines Increase Connectivity to the Dominican Republic

The Civil Aviation Authority of the Dominican Republic also announced that two additional airlines have applied to expand their permits to add flights to the Caribbean island.

The Dominican Republic reported 130,093 international arrivals in January which was 55,000 less than December. The island had seen strong tourism recovery numbers in the last quarter of 2020 before seeing a decline in January as new variants of Covid-19 emerged.

Top 10 Travel Destinations During the Pandemic 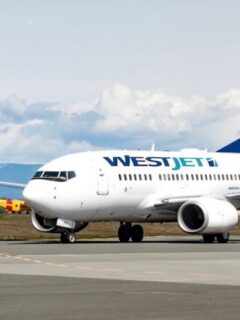 You never mentioned from where in the US American will fly into Samana?

@Kirsis Thomas, The US City will Charlotte North Carolina (CLT).

How about more flight options and cheaper flights to POP - Puerto Plata??