In the most recent development, Calgary-based WestJet has announced it will be moving to temporarily suspend the services for four routes.

Destination cities which will be affected are St. John’s N.L, London Ontario, and Lloydminster and Medicine Hat in Alberta.

Route suspensions are scheduled to come into effect beginning March 19 until June 24, 2021.

Plummeting customer demand, which has occurred due to government restrictions and mandates on quarantines, is cited as the reason for the decision.

“We have continued to operate in the face of uncertainty as domestic and international travel restrictions and quarantines have caused demand to plummet. Unfortunately, with new and increasingly restrictive policies, we are left once again, with no other option than to suspend service to these communities.”

Though the return of services for the affected routes have been announced to arrive after June 24th, WestJet noted that the return is dependent on travel restrictions, as well as the government’s ability to prioritize a domestic travel program.

In this regard, Sims stated:

“Our ability to return to markets remains directly correlated to government policies and the prioritization of a domestic travel program. As we look ahead to contributing to the economic recovery of Canada, the relationship between testing and quarantine must evolve based on data and science.”

WestJet is reporting that it is currently operating at a 90% reduction rate year-over-year.

The airline, at the request of the Federal government, has suspended all flights to the Caribbean and Mexico through the end of April.

In addition, WestJet had suspended services for flights from Calgary to Las Vegas and Orlando earlier this year, while flights to other Canadian cities, specifically Moncton, Fredericton, Sydney, Charlottetown and Quebec City, were terminated last November.

The airline’s decision to halt services to Lloydminster and Medicine Hat will mark the first-time WestJet will pullout of cities from its home province.

While WestJet has reduced its operations for domestic routes, fellow Canadian airline carrier, Flair Airlines, will be looking to expand its domestic operations.

Flair will be providing services to eight new Canadian cities this summer, bringing its operations to facilitate travel to 18 cities in the country.

The new routes will begin as early as May 1st, with the following cities to now be serviced by Flair:

Ottawa, ON; Kitchener-Waterloo, ON; Halifax, NS; Saint John, NB; Thunder Bay, ON; Charlottetown, PE; Victoria, BC; and Abbotsford, BC.

As an ultra-low cost carrier, Flair has indicated that their intention in expanding service to more Canadian cities is to provide Canadians with lower fares for domestic travel.

“Canadians have been paying too much for too long, and we are changing that with our ULCC model that makes getting around Canada affordable. Providing affordable air travel within Canada is the first step in restarting travel and tourism, and Flair is uniquely positioned with the efficiencies of our low-cost model. When non-essential travel returns, Flair will be there to reconnect families and provide the low fares that have long been denied to Canadians.” 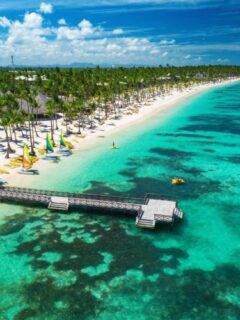 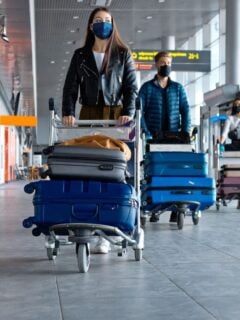 Next
U.S. and Spain May Be Added To UK Hotel Quarantine List
Click here to cancel reply.