U.S. and UK Travel Corridor Ruled Out For Summer

Officials have talked down the likelihood of a U.S. and U.K. travel corridor happening this summer.

There were suggestions from officials in the United Kingdom and the U.S. that a travel corridor would begin this summer. However, a combination of rising cases of the Delta variant, complex political issues on each side, and uncertainty over the status of the AstraZeneca vaccine have prompted a delay in talks.

The U.K. Prime Minister Boris Johnson and the U.S. president Joe Biden met at the G7 in Cornwall earlier this month. Both leaders placed the resumption of travel high on the agenda. The two nations created a UK/US task force to resume travel between the two nations. The goal of the UK/US Travel Taskforce is to “help facilitate the reopening of transatlantic travel.”

The two nations were set to conclude talks at the end of July, but the discussions will now conclude in August or September. Officials believed there would be an agreement in place before Independence Day celebrations on July 4th. Still, U.K. government insiders think it’s impossible to achieve this now.

A British official suggested, “This is not going to happen soon. We thought July was the earliest we might be able to get something in place, but now it’s looking like September.” Another person close to the talks suggested, “The Biden administration is in no hurry, and the chances of anything happening before August seem to be zilch.”

That is a tremendous blow to the British travel industry, which continues to struggle throughout the summer.

All arrivals into the U.K. must provide a negative test taken within 72 hours of arriving in the United Kingdom. They should also complete the passenger locator form on the U.K. Government website. In addition, the United Kingdom is currently operating a traffic light system with red, amber, and green listings for each country.

U.S. citizens are currently on the amber list, meaning they can enter the United Kingdom if they have evidence of a negative test result and they’ve completed the passenger locator form. However, you will also need to book and pay for a day two and a day eight COVID-19, which travelers take in England.

In addition, U.S. travelers will need to quarantine at a U.K. home or in the place they are staying for ten days. Then, they will take COVID-19 tests on day two and day 8.

Unfortunately, as the summer continues, it looks like it will be another failed summer for the battered British travel industry. Rising cases of the Delta variant and a controversial traffic light system have stopped British people from traveling for a second year running.

It looks like a travel corridor between the United Kingdom and the United States might be closer to Christmas than summer. 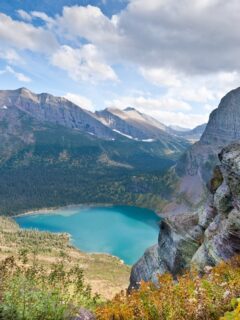 Previous
8 Places For Nature Lovers To Explore In Montana 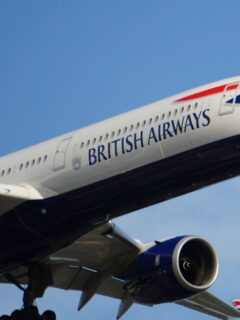 God I'm so fed up with this nonsense. Who's benefiting from this, and who needs to be bribed for these restrictions to be lifted?

But they should open for other European countries. I dont understand why they ban the whole Schengen Area. For example Switzerland uses just Moderna and Pfizer vaccines. But they let people from Serbia in where they use everything including the ones from Russia and China.

And the scaremongering and insanity based on nothing continues