From the sandy beaches of the world-famous Riviera Maya to its picturesque Pacific Coast, Mexico has been grappling with an increase in violence lately. Although Cancun suffered the brunt of it, and in the midst of a long-awaited tourist season, it is now Puerto Vallarta that has woken up to the news the U.S. has issued a security alert for the city.

Much like its rivals on the Caribbean coast, Puerto Vallarta is a massively popular destination among Americans. A well-developed city with an unparalleled cultural offer, it famously features some of Mexico’s most famous beaches, including Playa de Los Muertos, plus numerous resorts and tourist complexes that rarely see the odd quiet month.

While Puerto Vallarta had managed, so far, to dodge the level of scrutiny Cancun has been under, this may not be the case anymore as more incidents make the headlines:

Confrontation Between Police And Local Gangs Increases In Puerto Vallarta

Following a recent shooting near the Marina Vallarta resort stretch, resulting from a clash between local police and criminal groups, as well as reports of abduction, the U.S. Mission to Mexico was quick to assert safety levels in the region were compromised, mainly as a result of the ‘increased presence of Mexican security forces‘.

While it is easy to think increased security would, in fact, mean the opposite, the U.S. mentions ‘the potential for confrontations between criminal groups and security forces in the Puerto Vallarta area and in the Guadalajara metropolitan area’. Although criminals rarely target tourists, they could still be in danger of getting caught in the crossfire.

As authorities warn, shootings can occur in public places and bystanders risk being injured even when not directly engaged in the conflict. Despite reminding Americans of this gloomy prospect, the U.S. does not mention any particular event as the reason behind the alert, which also encompasses other tourist hotspots in the states of Jalisco and Nayarit.

When vacationing in Puerto Vallarta, Americans are advised to:

They should also ‘reconsider travel’ to the whole state of Jalisco due to ‘crime and kidnapping’. Sadly, Jalisco is not the only destination Americans are now discouraged to visit: Baja California, Chihuahua, Guanajuato, the State of Mexico, which comprises Mexico City, Morelos, and Zacatecas are among other regions listed.

Even though crime has increased, it is far from being rampant and U.S. authorities seem aware of that. Unlike the states of Colima, Guerrero, Michoacan, Sinaloa and Tamaulipas, Jalisco has not been placed under a ‘no-travel list’, and there seems to be only a moderate to low exposure to violence in the area.

In our article challenging misconceptions about safety concerns in Cancun, we have discoursed extensively on how crime levels are poised to be higher than average in nearly every big North American city – including New York and Los Angeles. That is not to say security alerts should be ignored, especially when issued by security experts.

Nevertheless, visitors should bear in mind Mexico has mobilized a whole battalion to protect tourists from any such incidents in tourist zones. Exercising caution and having contingency plans in place may be advised, both on trips to Mexico and any vacation abroad, but in reality, the vast majority of visits to the country are trouble-free.

Simultaneously, we also cannot overlook the fact that Puerto Vallarta has seen a 200% increase in travel scams, or that power struggles could become more common as more cartels battle for dominance over the Vallarta region. Even then, scams can easily be avoided by following this guidance, while shootings seldom affect vacationers.

If you are headed to Puerto Vallarta soon, make sure you follow all the following recommendation in order to ensure a smoother trip:

For more information on travel to Mexico, including all the latest security warnings and Covid updates, make sure you visit our dedicated page. 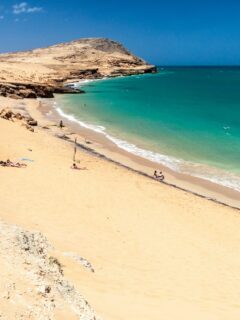 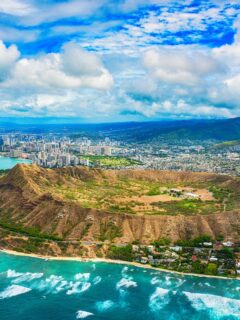 Next
Travelers Will Have To Make A Reservation To Visit Major Hawaii Attraction
Click here to cancel reply.

Both USA and MEXICO have significant and unacceptable high levels of crime, corruption, fraud, drug, gun, race-based and gender violence targeting innocent victims as deserving bystanders of expected outcome with perpetrators seeking disparate treatment as the victim in the minds eye of the media and class structure.

The fundamental fact is that it does not make any sense to claim safer wellbeing or enjoy a false sense of protection by citing lower rates of violence in any geopolitical area. This is justified because there is not a true disclosure of the entire description and impact of violence or crime that is comprehensive and includes collateral impact of these events outside the defined arbitrary borders of any entity. To be clear, statistics mean absolutely nothing when the most important number is the largest number that is of importance to any individual and that large number is #1 being you.

When you are a victim if does not matter to you that the relative incidence is higher or lower than any other location, all that matters is that you are a victim. Lets not forget that there exist the perpetrators, enablers and those "white collar" criminals stealing millions, hundreds of millions and the billions of USD swindled, cheated, defrauded and often overlooked for its severity and impact as it has a biased designation as a non-violent crime, which is not taken seriously or is lightly punished leading to truth to saying CRIME PAYS.

How many people are provoked to violence upon the loss all assets, funds, pensions and investments by criminal activity of persons acting with impunity in your face because they know, that you know that the courts and the prosecutors know that they are biased to discount fraud and corruption as non-violent and therefore there is the trend to highlight so called violent crime as the public enemy. no matter where the corruption, defrauding and money laundering occurs, it always ends up in the uSA or EU (London) banking system. All of it! How hypocritical! There is no place to go that is not impacted by violence.

Puerto Vallarta is very dangerous. Your biggest risk comes from the Puerto Vallarta police themselves, they will rob you then sling you in the jail for 24 to 36 hours. No phone call, no food, no clean water. So if you are in any trouble and you need the police then you stand a good chance of being robbed twice. You only need to read about recent shootings in Puerto Vallarta, Crime in Puerto Vallarta, beatings, bodies on beach and the list is endless. Just because most big cities eg in USA are not safe that does not mean that you choose to take a holiday in a place that is equally not safe.

This is crazy lol. Puerto Vallarta is safer than most big cities in the US. I am from Orlando and take more caution there. Don't believe the bs

Hola to all, I had been a constant visitor to Puerto Vallarta since 1982, I have now been living in the Puerto Vallarta area for four years until recently moving about one hour south. I can only speak to my experience, the so called petty crime is really out of control, homeless problem has become more daunting than ever before but the recent introduction of military units is much more troubling. While I get it that major cities in the US is a growing problem, soldiers armed with high powered weapons, grenades and supported by helicopter gunships makes it a much different landscape. When the bullets start flying the caliber is high enough that they pass through cars and buildings with ease. Even in the small town where I now reside while there is little to no "petty" crime the military makes regular visits to town in force. So I guess from my stand point is Puerto Vallarta safe..mostly yes are the are the normal precautions a good idea...yes but just know that if the military finds whoever they're looking for the likelihood of a gun battle increases. Stay safe stay aware and enjoy Paradise!

Has the fact that Puerto Vallarta has grown so much in the last few years been taken into consideration when these articles of warning and scare tactics are issued from the US. It must be over whelming to step back and take stock of what is happening in their own back yards. When people talk about other people's problem's they don't have time to face the realities going on all around them. All of us need to be alert and aware or just put the phones away and become consensus of our surroundings. More likely that cause of death is being run over by car or city bus