The United States looks likely to delay reopening to British travelers, according to reports. From early November, the United States is preparing to reopen to fully vaccinated travelers from various nations, including the U.K and the E.U.

However, reports suggest that talks between the U.K and Washington have broken down in recent days due to complications. As a result, sources close to the White House suggest the early November date is likely to slip.

Sources suggested that nothing official has changed, but complex issues between various government departments are putting the reopening date in jeopardy.

However, an official from the U.S government suggested the lifting of restrictions was still set for early November.

The White House Spokeswoman, Jen Psaki said the policy isn’t timed for diplomacy. “We’re basing it on science,” she told reporters at a press conference. However, when U.S officials announced the decision, they stated they were “still at the start of the process.”

The government hadn’t confirmed whether the U.S would allow unvaccinated children to enter or which vaccines to accept. They also said they needed to decide the new contract-tracing rules upon entry before completely lifting the ban.

The U.S government came under intense pressure from neighboring countries, the U.K, the E.U, leading politicians, and its own travel industry for refusing to remove the travel ban despite many nations already reopening to fully vaccinated U.S tourists early this year.

The United States decided to lift travel restrictions for British and E.U tourists after an 18-month travel ban because of COVID-19.

“By requiring foreign nationals to be fully vaccinated to fly to the United States and in implementing additional strict safety protocols, we will protect Americans here at home and enhance the safety of international travel.”

This has created frustration for travel companies on both sides of the pond as it’s difficult to book travel in and out of the United States until there’s official confirmation on the reopening dates.

The COVID-19 Situation In The United States

The United States has fully vaccinated 56.6 percent of its entire population, and they’ve given a single dose to over 65 percent.

The current restrictions in the United States differ from state to state. Some states have removed social distancing and mask-wearing, whereas other states still have mask mandates in place for public places.

However, many states in the U.S have dropped all restrictions and returned back to full economic and social normality.

Unfortunately, until there’s confirmation about when the U.S is officially going to allow British travelers to enter for non-essential travel — it’s going to be very challenging for travelers and the travel industry to plan ahead. 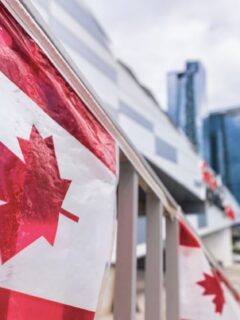 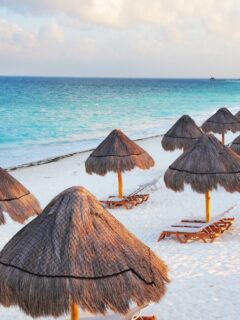 Next
Top 5 Destinations In Mexico To Visit This Winter
Click here to cancel reply.

As part of the 90% of America that is fully open and getting on with life, these stupid clowns do not represent us.

We are fully vacineated our US family is fully vaccinated. Let us in it is two years since we have seen the grandchildren The UK has nearly 90% take up of vaccines unlike the much lower number in the USA.OPEN UP!

Hey Jen, if you're "basing it on science", then get out of our way and drop these ridiculous restrictions since the "science" shows that the vax is neither safe nor necessary.

LOL basing it on science. The western world are being run by a variety of different charlatan clowns posing as experts.