A federal judge in Florida overturned the US government’s ongoing nationwide mask mandate for public transportation on Monday, including travel on airplanes, trains, and buses.

The only question that now remains is, will masks still be enforced on planes? It’s unclear whether the mask mandate will be immediately dropped but the judge was clear that it infringed upon the civil liberties of Americans.

*Breaking: A few hours since publishing this article, the mask mandate has in fact ended. Updates to come.

The judge in question, US district judge Kathryn Kimball Mizelle, released a 59-page ruling on the topic of the mask mandate. Judge Mizelle wrote in her statement that “Since the mask mandate regulates an individual’s behavior – wearing a mask – it imposes directly on liberty interests.” The judge also wrote that the US Centers for Disease Control and Prevention “overstepped its authority” when the mask mandate was issued for all forms of public transportation throughout the country.

Federal Lawsuit Over Mask Mandate Filed In July Of 2021

Monday’s ruling comes as an official response to a lawsuit that was originally filed against the US government in July of last year over the ongoing CDC mask mandates related to the Covid-19 pandemic.

Today’s news follows the announcement last Wednesday that the US government, together with the CDC and the TSA, extended the nationwide mask mandate for at least another 15 days. The mandate will officially continue until at least May 3rd, 2022, and there’s no news at this time as to whether today’s ruling will change that.

White House spokesperson, Jen Psaki, commented on the ruling during her daily press briefing earlier today. Among her responses, the press secretary said that the US Justice Department will make any confirmations about an official reply or an appeal to the ruling. She did however mention, “We’re continuing to recommend people wear masks,”

Psaki also said that the US Department of Homeland Security and the Centers for Disease Control will be reviewing the judge’s ruling with an official statement to come.

How Will The Decision Effect U.S. Travelers?

At this time, it’s unsure how today’s ruling will affect travelers and workers in airports, trains, and other forms of public transportation across the country.

With mask mandates being dropped in certain countries and others staying put, it’s premature to make any assumptions about what the future of mask-wearing will be for the United States.

However, the airlines are keen to ditch masks and have been advocating for this for quite some time now. Delta has already issued a statement saying they’re waiting for the TSA to give them some guidance on what to go next. “As we have been, Delta will continue to comply with the TSA Security Directive on masks until informed otherwise by the TSA.”

The uncertainty of the judge’s ruling has the Association of Flight Attendants worried about even more pushback from customers. In their statement today, they pleaded “We urge focus on clear communication so that flight attendants and other frontline workers are not subject to more violence created by uncertainty and confusion,”

Masking Requirements In Cities And States Across The US

This has made some situations confusing for travelers because as most businesses won’t require patrons to wear a face mask, it will be required on trains, at airports, and while riding on Ubers and Lyfts.

And while many US-based airlines have asked the current federal administration to scrap its mask mandate for planes and airports, face masks are still officially required to be worn on all planes operating throughout the US.

If you want to find out the status of mask-wearing in your state or a state you plan on traveling to in the near future, check out this updated guide on the state-by-state face mask requirements across the US. 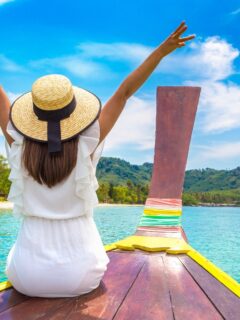 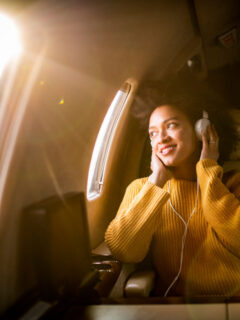 Next
Masks Officially No Longer Required On Planes in the U.S.
Click here to cancel reply.

A WIN FOR FREEDOM!

Masks (and vaccines) should be PERSONAL, INFORMED CHOICE based on that individual's needs and risks

THANK GOD! With that said, the government could still appeal this decision. However, given that the current mask mandate was set to expire in a couple of weeks, and an appeal would likely take longer, I'm hoping they'll just let it go. Time to get back to living.

And yet companies were tripping over themselves to enforce mandates despite no clear evidence they were legal.