U.S. Plans To Require Proof Of Vaccination From All Travelers

The United States government is considering opening its borders for non-essential travel after almost 18 months of closure to tourists.

According to reports from the White House, the Biden Administration is drawing up plans to allow all foreign nationals to enter the United States if they can prove that they’ve received full vaccination.

However, the spread of the Delta variant, which is rising sharply in the U.S, means the United States government will keep the border shut for non-essential travel for now, despite pressure from Europe and many Americans.

Reports also suggest that the Biden Administration is united on keeping travel restricted until travel could be reopened in a “sustainable manner.” But that they are currently developing a plan that would be a “consistent and safe international travel policy.”

The reports from the White House don’t show which vaccines the government may approve. AstraZeneca and Oxford University are yet to apply for authorization from the FDA, causing potential issues for people who’ve had that vaccine.

The United States currently prohibits entry to visitors from the UK and most EU countries. In addition, travelers from China, Brazil, Iran, India, and South Africa. The United States has decided to keep the border between the U.S and Canada closed for non-essential travel.

That’s despite outcry from leaders on either side of the border asking for a border reopening. Canada decided to reopen its side of the border to fully vaccinated American tourists this month, yet the U.S government has not reciprocated.

Former US President Donald Trump put the current restrictions in place when the pandemic started in 2020. Many people believed the U.S would have fully reopened by now thanks to its vaccination rate.

However, the U.S is yet to reach its vaccination target of 70 percent, prompting questions on whether the border could reopen. According to some reports, the vaccination rollout has stopped and this isn’t helping to reopen the border.

The travel industry has been pushing for a drop in restrictions since 2020. Much of the world banned American tourists from traveling around the world in 2020, yet many places — including the EU — decided to reopen to U.S visitors.

In addition, the United Kingdom was expecting a travel corridor between the U.S and the UK by the end of the summer. The UK dropped all COVID-19 restrictions within the country and opened to fully vaccinated U.S and EU travelers.

Even the German Chancellor Angela Merkel asked for an easing of restrictions at the White House in July. Various other leading EU figures have asked for the U.S to reopen because travel between the Atlantic is crucial for the economy.

The EU Commission President Ursula von der Leyen stated, “The epidemiological situation in the US and the EU today is very similar. We need to solve the problem as soon as possible and are in contact with our American friends. This must not drag on for weeks.”

As the rest of the world opens up for travel and begins to move again, the United States is remaining closed off to the world, even with its high vaccination numbers. It’s unclear as to when the U.S government is planning on reopening, but this is the first sign they’re actually planning at all!

U.S travelers can travel to most places around the world now. There are some excellent countries open, such as the majority of Europe and South and Central America. Hopefully, travelers can enjoy America’s incredible attractions sometime soon too. 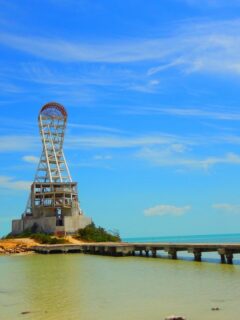 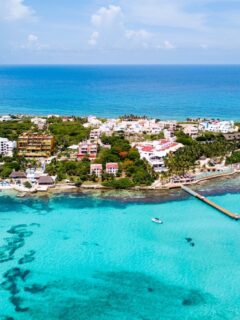 Next
Top 5 Places to Visit on a Day Trip to Isla Mujeres
Click here to cancel reply.

This administration is pathetic. The southern border is wide open to anyone who waltzes across, but I, a US citizen had to be vaccinated AND tested to return to my legal home from Iceland. So dumb!

They will never stop moving the goalposts. Someday it's going be "Only foreign travelers who have gotten booster shot #137 may enter the US"

Many headlines coming from Canada insinuating the acceptance of these things coming fast and furious now, as if the press were giddily egging on the gov't to take further authoritarian steps. Do you think that if 10% more people get the vaccine, you will finally feel safe? I find it so creepy. Fauci has already stated that vaccines do not prevent transmission, yet the press keeps rolling.

Just fly to a Mexican border city and walk across. No vaccinations, no tests, no visas, no documentation whatsoever. Hell, you might even get a government handout on arrival. Ahaha

@Devin, and be sent to the state of your choice once you arrive.