U.S. Reopening For Tourism: Everything You Need To Know

The most important thing to know is that the U.S did not close its borders to all countries. They did however suspend tourist visas and banned Europe, Iran, Brazil and China from entering the United States.

Here is everything you need to know about the United States reopening for international tourism.

The United States requires all international arrivals by air to present a negative Covid-19 antigen test taken no longer then 72 hours before your flight departure. This includes Americans returning home.

Who can NOT travel to the United States?

On May 25th, President Donald Trump banned all travelers from Brazil or anyone that has been to Brazil in the past 14 days.

United States citizens are exempt from the proclamation and may return home from Brazil at anytime.

On January 31st, President Trump banned all travelers who have been to China in the past 14 days from entering the United States. The ban is still in place and strictly enforced.

United States citizens are exempt from the proclamation and may return home from China at anytime.

On January 31st, President Trump banned all travelers that have been to Iran in the previous 14 days.

United States citizens are exempt from the proclamation and may return home from Iran at anytime.

The ban is still in place meaning all Europen travelers can’t travel to the USA at this time.

Anyone coming from Europe or who has visited Europe in the last 14 days will not be permitted to enter the United States.

Euopean Countries included in the BAN:

No date has been set or projected for when European countries will be able to travel to the U.S. again.

United States citizens are exempt from the proclamation and may return home at anytime.

Tourists will NOT be allowed entry unless they are returning home to their country of origin.

Visa services in the U.S. are now starting to resume operations. Check with the U.S. consulate in your home country to check the status for tourists visas.

Who can travel to the United States For Tourism?

The following countries CAN enter the United States without a Visa and are not included President Biden’s travel ban.

Note: If you can be approved for a tourist visa for the United States in your home country and your country is NOT on the travel ban list, you may be granted entry.

Once arriving in the United States visitors may face quarantine measures in some states and other social distancing measures.

*Before booking any travel, be sure to check with the U.S. consulate in your country to ensure you will be granted entry into the United States. You could still be denied entry if you do not confirm before traveling.

We do not recommend traveling against your home countries advisories.

Can Canadians Enter the United States For Tourism?

By Land: NO, land borders between the between the United States and Canada are CLOSED to non-essential travel.

YES, according to the U.S. Embassy official fact sheet. The fact sheet states that while all land borders are closed, the travel restrictions do not apply to air travel.

Our team called Air Canada, United Airlines and American Airlines. All three airlines confirmed their are NO restrictions for Canadians traveling by air to the United States.

However, United States citizens can NOT travel to Canada by air.

Be sure to check with the U.S. consulate in your area to ensure you will be granted entry into the United States.

Major US Attractions That Have Reopened

Major US Attractions That Are Closed

United States reopening news is ever-changing and being updated constantly. We do our best to keep this article up to date with all the latest information, but the decision to travel is ultimately your responsibility. Contact your consulate and/or local authorities to confirm your nationality’s entry before traveling.

Previous
Direct Flights To Cancun Re-Launching From These Cities 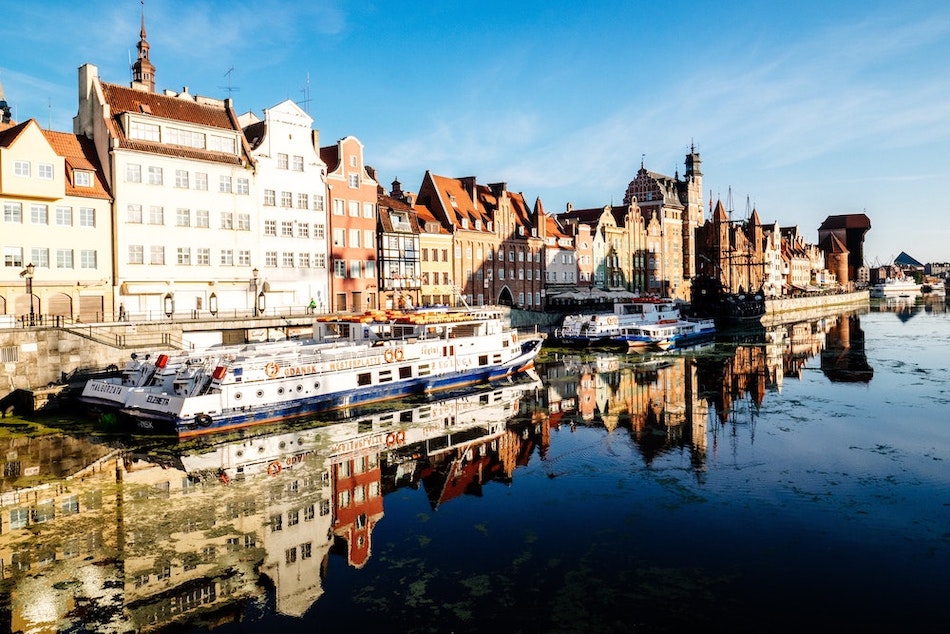 Next
Poland Reopening For Tourism - Here's Who Can Visit
Click here to cancel reply.

I'm Sri Lankan, currently working in Israel. I want to get visitor visa for few days. Is it possible now

Am in Germany can travel to USA for visit next month

No not at this time

If a European flies to Canada for 14 days, can they fly to the states?

Canada won't allow you to enter for 14 days unless you are a resident/citizen.

Please Mister president open that gate! I am from Germany and I want to travel to the US

The ban on travelers flying in from UK ir Europe does not apply to US Citizens or legal Permanent Residents. People are reading these reports and think it is where they are citizens. Citizenship only matters if you are a US citizen.