Local taxi drivers throughout Cancun have blocked main roads and access to the airport. This strong reaction to a recent court ruling that officially made Uber legal has taxi drivers taking desperate measures. Due to violence in the past and active threats against Uber drivers and passengers, the U.S. State Department has issued a warning for travelers in Cancun.

The state department said, “past disputes between these services and local taxi unions have occasionally turned violent, resulting in injuries to U.S. citizens in some instances.”

There were reports that a select few tourists who were unaware of the circumstances regarding taxi drivers and Uber drivers were victims of various attacks, like the family of tourists in the TikTok below. Altercations have even taken place in what’s commonly known as “The Hotel Zone,” generally an area deemed safe for tourists. Not only has this area been affected, but getting to/from the airport has become less certain as taxi drivers could block main roads and key access points.

However, the Mayor of Cancun, Ana Patricia Peralta, has put her foot down, saying, “I am not going to allow a small group to damage the reputation of the resort and human safety.” In the wake of disruption to travelers and the Department of State’s new travel advisory, Cancun National Guard and Police will be ensuring something like this does not happen again.

State Secretary Cristina Torres Gómez further stated that “…under no circumstance are we going to allow peace and tranquility to be violated, nor for the roads to collapse in a state that is Mexico’s window to the world.” Cancun and Quintana Roo rely heavily on tourism, and anything that affects the area’s image so drastically is sure to be dealt with quickly.

Cancun is located in the state of Quintana Roo. There are many other popular places to visit in the state, such as Tulum and Cozumel. Unfortunately, due to the nature of the taxi situation in Cancun, the entire state has been issued a travel advisory notice.

Per the U.S. Department of State:

“In the wake of recent incidents involving taxi and Uber drivers in Quintana Roo, U.S. citizens are reminded of guidance provided on Travel.State.gov, specifically about the use of application-based transportation services in Mexico, which states: Application-based car services such as Uber and Cabify are available in many Mexican cities, and generally offer another safe alternative to taxis.”

Per the U.S. Embassy in Mexico:
“Be aware of your surroundings and maintain a low profile.”

Rideshare apps continue to rise in popularity across the globe due to sheer convenience and the “scam artist” reputation taxi drivers tend to carry, whether that is fair or not. In the same way one can’t step outside in Manhattan without seeing a yellow taxi, that is now the same for Ubers — they’re everywhere. Mexico is no different since taxi drivers here have been known to overcharge and scam tourists, including the classic “my meter is broken” trick.

For now, Uber drivers are mostly avoiding or barred from operating in the city’s airport or in the hotel zone since both are currently a hotspot for conflict. Vacationers in Cancun have been documenting their fears and frustrations on TikTok and Twitter. Providing a firsthand account of what is really going on, it can be unsettling to witness what some innocent tourists have experienced from simply trying to enjoy a nice vacation.

From price gouging to physical attacks, the circumstances are unpredictable, which is why the U.S. government has issued a security alert to one of America’s most popular getaways. 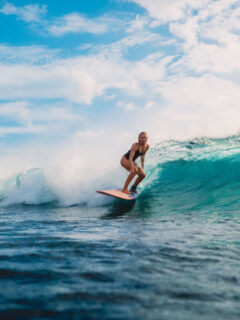 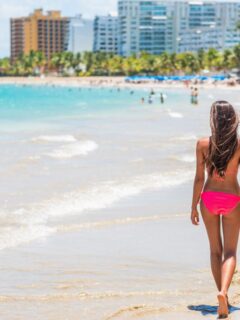 Next
Fly To Puerto Rico From These 7 Cities For Under $200 Round Trip
Click here to cancel reply.