UK Airlines British Airways and Virgin Atlantic are striving for a travel corridor between the United Kingdom and the United States in time for summer travel.

British Airways CEO Sean Doyle and Virgin Atlantic CEO Shai Weiss called on the UK government to establish a concrete list of countries that would be accessible for the summer travel season. The aviation industry leaders emphasized the significance of reinstating transatlantic networks in the prospect of economic recovery.

In an interview with Bloomberg, Weiss addressed the matter, stating, “We want to highlight the U.S. opportunity. It’s very important to focus on the corridor between the UK and US”.

He noted that airlines, businesses, and customers depending on international travel between the two nations are in need of certainty; “Certainty in terms of timing, and we think that the conditions that were set out will be met by May the 17th, in terms of the health of our people and our customers”.

Speaking at a press conference on April 6, UK Prime Minister Boris Johnson addressed the outcome of international travel restarting by May 17 to be contingent on recipient countries gaining control of the pandemic. He revealed details of the proposed “traffic light system”, when travel does resume, in order to determine the risk of a particular destination: red (high risk) amber (medium risk), or green (low risk).

Travel from “green” countries will not necessitate mandatory quarantine, however, testing would still be required. Accordingly, a country’s tier is determined by its level of COVID-19 contagion as well as vaccination counts.

The government has not yet identified the category placement of countries, starting that decisions will be made based on data and evidence “closer to the time”.

The skies of the UK have remained at a virtual standstill since the onset of the pandemic. With ongoing restrictions costing the economy £32 million per day, the aviation industry is desperate for a comeback.

Airlines UK, the trade body for UK registered airlines comprising British Airways, Ryanair, and EasyJet, is soliciting transparency from the government on the roadmap in question.

“Today’s announcement does not provide the clarity we were seeking on the roadmap back towards normality,” said Tim Alderslade, CEO of Airlines UK. “We await further details but the measures indicated, including the potential for multiple tests for travelers even from ‘green countries,’ will prevent meaningful travel even to low-risk destinations.”

Despite the government’s cautious approach to reopening its borders, British Airways is hopeful for the restart of international travel by next month. “We see nothing in the data that suggests that we shouldn’t be opening up travel on the 17th of May,” CEO Sean Doyle said Tuesday.

On a joint call with officials from London Heathrow airport and rival Virgin Atlantic Airways, Doyle championed a reopening of trans-Atlantic flights, the world’s largest market for premium travel, and a pivotal share for both carriers.

“We are asking the government to continue to work on bilateral arrangements with countries and governments that have also rolled out world-leading vaccination programs,” Doyle told reporters. “Don’t waste the opportunity of having had an incredibly successful vaccine rollout.”

Referencing the traffic light system, both airlines suggest that the U.S. be added to the green list, noting that similar to the UK, the country is pacing through vaccination count. With this in mind, Weiss likewise called on the government to establish “criteria for which countries will fall into this traffic light system in advance”. He added that all the conditions for the date of May 17 are in place for the “resumption of international travel at scale, safely between the U.S. and the UK”.

Meanwhile, President Biden announced on Tuesday that all American adults will be eligible for the vaccine as early as April 19. With the two timeframes aligning and the CDC recently changing its stance by affirming that vaccinated travelers can safely travel abroad, the prospect of a travel corridor between the two countries appears a bit more promising.

Previous
CDC Warns Americans: Avoid All Travel To Canada, Even If You're Vaccinated 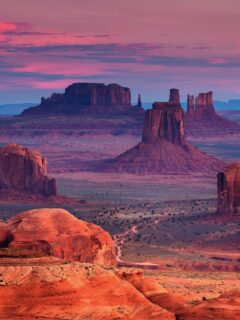