United Airlines has just announced that it will be adding 120 new flights to its schedule over the coming months – and it’s particularly good news for fans of college football. Much like the college football squads up and down the country, who will be hard at work getting ready for the start of the new season next month, United have also got their preparations in early by ensuring fans have plenty of ways to go and see their favorite teams play both home and away this season, adding more flights to cities containing country’s top college teams.

Whether you’re a Bulldog, a Buckeye or a traveler with an eye on heading to a game and soaking up the atmosphere, United’s new flights are bound to make it much easier to watch a match this football season. Here’s everything you need to know about the new flights United will be laying on, plus more specific details about some of the stand out match-ups that United will be covering with their latest additions.

With just a month to go until the start of the college football seasons, devoted fans are already set to be making travel plans to support their favorite team. With an average attendance of around 40,000 per game, it’s a big deal – and planning to support your team home and away across the country can often be a bit of a logistical nightmare, especially in these turbulent travel times. Thankfully, United are about to make getting to games across the country a whole lot easier.

According to a recent survey that United issued to its loyalty customers, around 80% of the respondents stated that they were planning on taking a flight to watch a college football game this season, leading the airline to add 120 flights to their schedule this Fall to help them get there. The additions will include brand new routes, giving fans the ability to attend those precious away games without having to worry about how to get there and back.

Key dates to keep an eye out for in September are as follows:

October’s stand out additions are:

Finally, confirmed flight details that football fans might want to put in their diaries for November are as follows:

Each of the above flights are direct and round trip, making getting to the game simple and pain free for football fans – leaving them only to worry about their team’s performance – and more flights will be available to book on United’s website. Speaking about the decision to lay on the new flights, Michael Weeks, the managing director of domestic schedule development and publication at United, said:

“College football fans love following their team on the road and this year we’re making it easier than ever. We’re flying nonstop to some of the most historic football towns in the country, including South Bend, Columbus and Baton Rouge, and also significantly expanding our service on the west coast to help more PAC 12 fans travel to cheer on their teams.”

Air Travel Chaos Could Last At Least Another Year 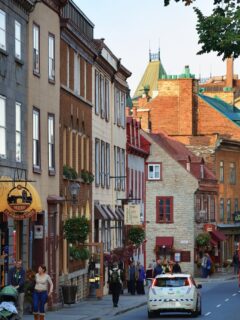 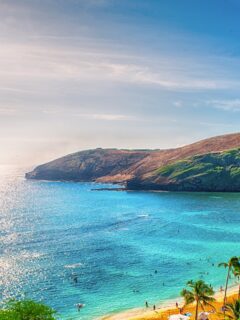 Next
Top 7 Islands To Visit Off The West Coast
Click here to cancel reply.