In the business world, there’s a saying that those who stand still get left behind. Whilst it might be hard to keep moving forward in a pandemic that has seen many businesses fall by the wayside, there are still those who stick by that old adage – and United Airlines is one of them.

Whilst several airlines have been doing all they can to keep themselves from going under, United have decided to spend big, placing a record order for new airplanes. Here’s a closer look at what exactly they have been up to, and what this move means for travelers across the US.

In terms of fleet size, United Airlines are the second-largest airline in the world, behind only American Airlines. As of May 2019, United could boast a total number of 819 airplanes in its fleet. Of the 819 aircraft, 210 are widebody planes, whilst 609 are narrowbody. However, United’s total number of airplanes in its fleet is set to expand in the future, after it was revealed that the airline had placed an order for 270 new aircraft on Tuesday.

The order is the largest that United have ever placed, and is the largest order by an American airline since American Airlines placed an order of more than 400 aircraft in July 2011. The purchase of 270 new aircraft is set to increase United’s seating capacity across its domestic network by almost 30%. The increase in capacity will allow the airline to be more competitive in the market when it comes to securing both low-cost and premium travel, which could result in fare drops for travelers across the US.

The order itself will see United purchase two different types of jets for its fleet. The larger of the two orders will see the airline buy 200 Boeing 737 MAX jets – an airplane that has courted controversy over the past few years. The Boeing 737 MAX was deemed to be responsible for two high-profile air disasters that occurred recently – Lion Air flight 610 and Ethiopian Airlines flight 30 – and it was subsequently grounded as a result.

However, the aircraft has since been deemed safe once more, as the issue – a fault in the aircraft’s Maneuvering Characteristics Augmentation System (MCAS) – was identified and resolved. United isn’t the only airline to show confidence in the Boeing 737 MAX, as Southwest too placed an order for 100 of the aircraft in March of this year.

United will also purchase 70 Airbus A321neo jets. According to Airbus’ website, the A321neo has “expanded seating capacity with optimised use of cabin space, increased exit limits and a new cabin door configuration,” with the option to increase the total capacity of the aircraft to 244. It has a range of up to 7,400km, making it ideal for domestic trips and flights to nearby international destinations.

Not only do travelers get to look forward to being flown around in shiny new aircraft, the decision to place such a large order shows United’s faith in the current travel situation improving in the coming months, even as restrictions currently hamper the situation from improving further. In a meeting with investors, United’s CEO Scott Kirby said that he was expecting record international travel next year – and this record plane order suggests he might be on to something.

U.S. and UK Travel Corridor Ruled Out For Summer 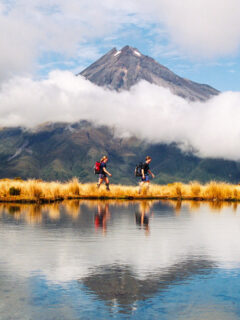 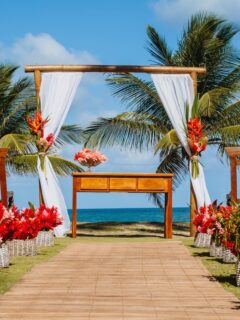 Next
Top Wedding Destinations in Mexico for 2021
Click here to cancel reply.

Could you please update travel advisory for Slovenia?

I am always careful which airplane I will be flying on, and the Max is not one of them.