Even though the Omicron variant seems to have been controlled, the Covid-19 pandemic continues to cause disruption to the travel sector, with United Airlines announcing a network re-shuffle that will certainly impact several U.S. travelers flying domestically. Due to low demand, a total of seventeen flight routes will be axed by the company, including flights from some major cities.

Even though demand for domestic travel is expected to reach pre-pandemic levels by 2023, as Forbes reported, the immediate effect of variants such as the Delta and Omicron is hard to overlook. Since the pandemic aggravated last year, countless airlines faced itinerary cuts and even staff shortages, which has left United struggling to keep its current schedule.

Network Shake-up Is A Direct Result Of Covid Disruption

As a direct result of the ongoing pandemic, which continues to have no end in sight even after two years of disruption, United Airlines has been forced to slash as much as seventeen flight routes across the United States. Noticeably, more regional airports have taken the brunt of it, with travelers based in multiple inland U.S. cities being greatly affected.

Below, you will find a list of all the relevant flight routes, which used to be operated by affiliated carriers of United Airlines before being axed:

The scale back, which was confirmed by the Chicago-based airline this week, is due to re-assessed market demands. As the statement reads, “United makes regular adjustments to its schedule in response to market demand and staffing resources to ensure we can best serve our customers.” As it appears, the above routes may no longer be profitable enough to maintain.

Though the Covid situation is certainly improving across the United States, with infection figures going down and several states and territories tentatively relaxing rules as per CDC guidance, the aforementioned routes will remain unavailable “until further notice“. It is worth noting that all routes getting the chop were operated by a regional affiliate.

Uncertainty For Regional Airports And 50 Seaters

As pandemic losses mount, United has not hesitated to cut down on unprofitable itineraries, mainly to smaller airports. Recently, it ended flights to several U.S. cities, impacting negatively regional hubs located in the states of Michigan, Texas, Missouri, Wisconsin, Indiana, and Louisiana, which rely heavily on flights for better connectivity.

With the most recent revision, Alexandria, Louisiana (AEX) is the only city being cut off from United’s program indefinitely, though the company is paring back service in the sixteen other hubs mentioned. As staff shortages and low profitability continue to be a major issue for airlines going forward, more adjustments could be on the way.

As United CEO Scott Kirby commented, the perspective for some small markets is grim, with the company currently debating the long-term future of 50 seaters: “the challenge is, do you want to serve places like Erie, Pennsylvania, at all, or Cody, Wyoming, or do those places just get cut off of the connectivity to the world?”

As reported by The Points Guy US, a number of these routes had already been suspended throughout the pandemic before being ultimately cut. However, there had been hope, up until recently, that they would have been re-launched in summer 2022, which is clearly not the case anymore as the airline formally removes them from the official timetable.

When traveling domestically or internationally in 2022, we advise our Americans readers to purchase travel insurance that covers the risks of cancelation due to Covid beforehand. Besides assisting with the management of flight disruptions, which have become very common, insurers like HeyMondo and InsureMyTrip also cover Covid treatment costs while abroad.

How To Find The Cheapest Last-Minute Flight Deals 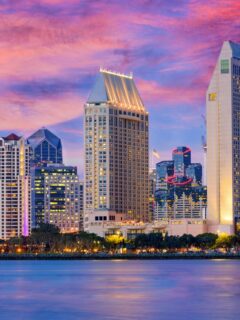 Previous
Top 7 Cities To Visit In California For 2022 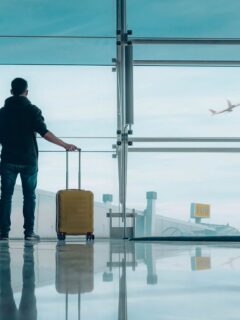 Problem with the insurance that you state in the article will not insure you if your over 70 yrs old.