Travel is bouncing back in so many different ways.

New flights on United Airlines will also be added to 10 other destinations, including flights to the European cities of Berlin, Dublin, Milan, Munich and Rome.

Previously suspended flight routes because of the pandemic are also scheduled to resume, and the destinations include: Bangalore, Frankfurt, Tokyo (Haneda), Nice and Zurich. The reopening of these flight routes will be subject to government approval.

United’s Expansion ‘Offers The Widest Range Of Destinations To Discover’

This is the largest Transatlantic expansion in United’s history. Patrick Quayle, senior vice president of international network and alliances at United spoke about the flight expansion earlier this week.

“Given our big expectations for a rebound in travel to Europe for summer, this is the right time to leverage our leading global network in new, exciting ways,” said Quayle. “Our expansion offers the widest range of destinations to discover – introducing new, trendy locales that our customers will love, as well as adding more flights to iconic, popular cities.”

The new flight to Amman, Jordan will depart from the U.S. capital of Washington D.C. This is currently the only direct flight available to the Jordanian capital from a North American airline carrier. Flights will depart three times a week starting May 5 on the Boeing 787-8 Dreamliner.

Ponta Delgada is a beautiful destination in the Azores, an autonomous region and archipelago in the mid-Atlantic about 1,000 miles off the coast of Portugal. The brand new flights are scheduled to leave daily for Ponta Delgada from New York’s Newark Airport from May 13. Service will be on the new Boeing 737 Max 8 fleet.

Regular daily service to Porto, Portugal on United is set to resume in March 2022. The previously suspended route between Washington D.C. and Lisbon will resume next summer.

An under-the-radar destination and travelers favorite, Bergen is the second-largest city in Norway (after Oslo) and is known for its breathtaking fjords and striking mountain ranges. United flights to Bergen will begin three times a week from Newark International starting May 20.

Direct flights to Palma de Mallorca, Spain from Newark International will launch on June 2. Flights will operate three times a week to this destination in Spain’s Balearic Islands, offering travelers more options for beach getaways throughout the country. This is the third Spanish destination to be added to United’s flight routes schedule, after Madrid and Barcelona.

Starting June 9, travelers leaving from New York/Newark can escape to Tenerife, one of the (arguably most popular) Canary Islands located off the west coast of Spain. Flights will depart three times a week on the Boeing 757-200.

Other Routes To Popular European Cities

On top of the brand new routes to unique destinations on United, the airline will also be resuming some of its previously suspended flight routes starting this spring. The flight routes include:

Which new destination is at the top of your travel list?

Thailand Announces It Will Begin Dropping Quarantine For Tourists 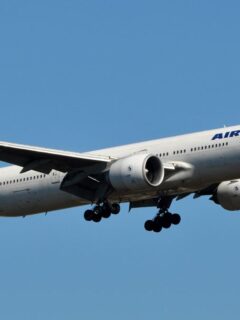 Previous
Air France To Launch More Flights To The U.S. 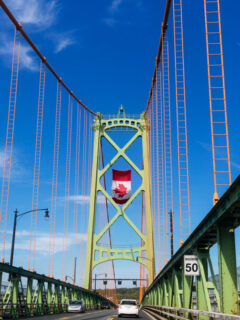 Next
Canada Travel Industry Calls For PCR Testing To Be Scrapped At Border
Click here to cancel reply.