United Airways have announced they will be offering pilots a temporary triple pay offer to help ease cancellation issues in January.

As Omicron, the most recent fast-spreading COVID-19 variant, tears across the world, airlines have been left scrambling to get flights in the air.

The US, in particular, has struggled over the Christmas period. Major staff shortages and severe weather combined to stop over 8,000 flights in the last week – a bleak number considering the positive season the industry was anticipating just months ago.

On an individual basis, United had to deal with 11% of their total flights on New Year’s eve being canceled.

To try and counter the staff shortages, United announced this week that they will be offering pilots triple pay to pick up extra flights for the month of January. For the shorter period between December 30th and January, pilots flying would receive three and a half times their typical pay for extra flights.

It’s unclear at present how much of an effect the bonuses could realistically have, as the requirements set in place for pilots’ rest periods remain the same. The pilots union representatives claim they are worried that pilots may face exhaustion if the system is not dealt with properly.

In a similar move, Spirit Airlines offered their on-board staff double pay to pick up extra shifts over the Christmas and New year periods. The budget carrier was forced to cancel over 3000 flights earlier in the year when similar issues struck.

“All flight attendants, regardless of how you have obtained your pairing, will be receiving 200% pay for any pairing that touches Dec. 28 through Jan. 4.”

Interestingly, many of Spirit’s flight attendants were reportedly unwilling to accept the extra flights despite the prospect of more money. The reluctance appears to have stemmed from the unfavorable atmosphere being experienced by many flight attendants in the industry.

The past year has seen a dramatic increase in onboard incidents. Many of the problems were directed at flight attendants and involved the enforcement of mask-wearing on flights. Currently, mask-wearing is required by law on airplanes, with attendants being the main enforcers of the rules. Many airlines have resisted the reintroduction of alcohol on flights to help lessen the likelihood of incidents, and particularly violent incidents, involving them.

The CDC also announced changes to quarantine rules this week. The accepted ten-day quarantine period has been halved to five days after a positive test. Although the change has been met with confusion and disbelief in some cases, the airline industry has welcomed it.

It’s hoped that the ruling will allow attendants and pilots to get back to work much quicker, lessening the cancellation rates. Critics of the change suggest it’s too short, as the infection period could stretch further than those five days regardless of symptoms.

The industry faced a similar problem over Halloween weekend when thousands of travelers were left stranded because of cancellations.

This time, many flights have been preemptively canceled by the airlines who are anticipating the shortages to continue for several weeks. It remains to be seen how effective the pay bumps will be in counteracting the problems. 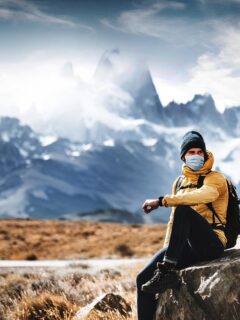 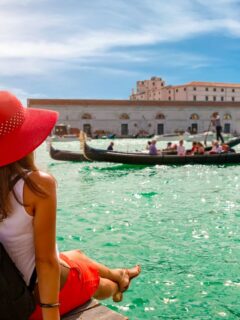 Next
The Latest Entry Requirements For The Top 9 European Destinations Due To Omicron
Click here to cancel reply.