What Not To Miss On Paris’ Right Bank

Let’s take a promenade through Paris’ hip and happening Right Bank. Prepare to be seduced by our favourite Parisian hotspots on the north shores of the Seine.

Paris’ historic Jewish quarter, the scenic Marais district is a delight to explore. Renowned for its shopping and nightlife, the area boasts a vibrant LGBTQ scene, and hosts Paris’ Gay Pride festival each summer. Built on former marshland (marais is French for marsh) you’ll find cobblestoned streets lined with elegant boutiques, eateries, galleries and museums. Fashionistas in search of trendy labels should head for the Rue Vieille du Temple and Rue des Francs-Bourgeois. Don’t miss the delightful Place des Vosges, which dates back to the Renaissance and is the oldest square in the city. Nearby is the excellent Picasso museum housed in a beautiful 17th century mansion, plus the former home of author and poet Victor Hugo, who penned Les Miserables.

You’ll need time and stamina to tackle the world’s most visited museum. The vast gallery houses more than 35,000 exhibits spanning over 3,000 years. To beat the queues, avoid the busy Pyramid courtyard entrance and head downstairs to the side entrance in the Carrousel Du Louvre shopping centre. Once inside, discover ancient Egyptian artefacts, masterpieces of the Dutch Golden Age, and marble Hellenic goddesses. Leonardo Da Vinci’s Mona Lisa takes top billing (you’ll have to queue to get within viewing distance) and is worth spending time on. Ignore the jostle of selfie sticks, and give yourself a few minutes to contemplate her serene, calming beauty. The Louvre is a work of art in itself, spanning dramatic and diverse architectural styles. Don’t miss the ostentatious quarters of Emperor Napoleon III in the Richelieu Wing, and the Denon Wing’s meditative Islamic gallery, shrouded in filtered light.

To escape the crowds, head outside to the Tuileries Garden, and relax in an expanse of manicured greenery. The 500 year old public park was the brainchild of Catherine de Medici, influential mother of three French kings. Located along the Seine, between the Louvre and the Place de La Concorde, the leafy grounds house 28 hectares of scenic gardens, dotted with Rodin and Giacometti sculptures. You’ll find a carousel, pond and kid’s playground plus a seasonal Ferris wheel. The park has several bars and cafes. Drink in the lovely views towards the Arc de Triomphe and Champs Elysees, and across to the Eiffel Tower on the left bank.

Since it launched with a flourish in 1977 this avant-garde modern arts centre has wowed visitors with cutting edge exhibitions. A high tech architectural spectacle, its appearance is characterised by vivid tubing and external escalators. The Centre houses the National Museum of Modern Art, where you’ll find an extensive collection of 20th and 21st century works, including masterpieces by Kandinsky, Matisse, Kahlo and Bourgeois. Visit the 6th floor for guest exhibitions and fabulous views across Parisian rooftops.

Scaling 162 feet, Paris’ imposing national landmark straddles the bustling boulevards of the Right Bank. The neoclassical arch was completed in 1836 to celebrate France’s military achievements, and every evening an eternal flame is rekindled at its base, to commemorate soldiers killed in conflict. Book an advance ticket to scale the arch’s 284 steps. At the top you’ll be rewarded with a bird’s eye view of the Champs Elysees, the iconic grand avenue famed for its luxury boutiques.

This scenic and hilly neighbourhood lies in north Paris’ 18th arrondissement. The village-like district behind Sacre Coeur is a maze of pretty meandering streets and leafy piazzas lined with shops, bars and artisan shops. Explore the area between Rue des Abbesses and Rue des Saules, where you’ll find quaint squares, steep lanes and Paris’ only remaining vineyard. The touristy Place du Tertre is a bustling Montmartre square lined with bars and restaurant tables spilling onto the cobblestones. Renoir, Picasso, Monet and Van Gogh resided locally in the late 19th/early 20th century, as fledgling artists seeking recognition. Today you’ll find a throng of painters at their easels creating portraits of passers-by. Climb the steep 270 steps to Sacre Coeur, the distinctive Romano/Byzantine limestone basilica replete with ornate mosaics and gold leaf. Locals ungallantly refer to it as the ‘meringue’. From this elevated location enjoy panoramic views across the city, a popular place to watch the sunset.

Travel Insurance that Covers Covid-19 for 2021 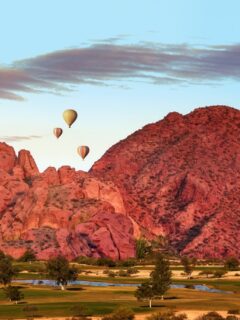 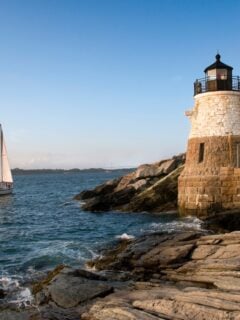