Just when you thought the world was ready to move on, and pandemic scares were well behind you, more trouble is brewing… This week, multiple reports have emerged of monkeypox virus outbreaks in Europe that are already prompting fears of a new global health emergency, especially in countries where the disease is not endemic.

As defined by the CDC, monkeypox is closely linked to the variola virus, which causes smallpox, and was first discovered in the continent of Africa in the late 1950s. While it has been circulating in a number of African nations ever since, where it is considered endemic, its surge in the Northern Hemisphere, where it is not yet rooted, is at the very least concerning.

Here is everything travelers need to know about Europe’s new potential health crisis, how it started, which countries are most affected, how dangerous this virus is, and how it is already impacting travel:

So Where Do We Begin?

Although monkeypox is not a novel pathogen like Covid-19, having been present in several African nations since its identification over 60 years ago, its sudden spread in Europe strongly indicates new community transmission in the continent. That is particularly worrying, as unlike citizens of 9 Sub-Saharan countries, herd immunity has not been achieved.

But where is it coming from and how did it reach Europe’s shores? As Dr. David Heymann, a leading advisor to the World Health Organization inferred, Europe’s new potential health threat can be traced back to ‘risky sexual behavior’ at two recent mass events that took place on the continent in recent days.

Corroborating Heyman’s findings, initial outbreaks were only reported among gay and bisexual men who attended raves in Belgium and Spain, but how exactly did the virus get there when attendees had no recent travel history in affected African nations? Interestingly enough, the UK was the first to report new clusters on May 7, and the virus could have in fact spread from there.

Since then, 56 cases have been identified in England. The UK government has called the current outbreak ‘significant and concerning‘, while still maintaining that the risk to the population remains ‘low’. Infections are usually associated with travel to West Africa, though recent cases have no travel links to any West African country.

As the UK government frames it, ‘it is possible they acquired the infection through community transmission’. Like in Belgium and Spain, recent cases were predominantly found in gay and bisexual populations, with no deaths occurring so far. Still, any individual can be affected, regardless of gender or sexual orientation.

Where Is It Present?

Besides the UK, Spain, and Belgium, monkeypox clusters have been found in several other nations in Europe and beyond, with the latest ECDC case count, published May 20, being:

Since then, cases in Spain have already bumped up to over 30, while the UK is already managing an outbreak of more than 50 cases, as mentioned above. However, as this is a rapidly-evolving situation, any data and information provided in this article can and will change, especially as more infections are confirmed.

So far, these are the European countries where clusters have already been identified. A majority of them are in Western Europe, though monkeypox will likely spread further into Eastern Europe due to community transmission. Over in North America, new cases have also been identified, with 3 so far in Canada and 1 in the United States.

How Dangerous Is Monkeypox And How Is It Transmitted?

Although it is not traditionally described as a sexually transmitted disease, monkeypox can be passed on during sex, regardless of protective measures, although the practice of not wearing condoms seems to increase infection risks. It can also be transmitted through close contact with someone who’s infectious or even contaminated clothing or linens.

As Dr. Heymann states, monkeypox usually spreads when there is close contact with the lesions of someone who is infected, with sexual contact having amplified that transmission. Symptoms include the following:

Monkeypox rashes change during the course of infection and look a lot like chickenpox or syphilis. In the later stages of the disease, it forms a scab and then falls off, with some patients being left with scars afterward. Despite the unpleasant symptoms and the skin lesions, most people will recover with no long-term complications and ‘within a few weeks.

The fatality rate, gauged from cases in highly-affected countries in Africa, vary from 1% to 15%, and the highest risk of death is among young children. In a large study of 300 patients in the Democratic Republic of Congo, where most monkeypox cases are centered, the overall mortality rate was 10%, with unvaccinated children accounting for 15-20% of victims.

How Is Monkeypox Affecting Travel?

Despite having scrapped all Covid entry requirements this week, Belgium has become the first country in the world to introduce a mandatory 21-day quarantine for confirmed monkeypox patients, in response to the global surge. At present, close contacts are not being required to isolate, though they are ‘encouraged to remain vigilant’.

As a government statement reads, ‘infected persons will have to go into contact isolation until the injuries have healed’ and other symptoms subsided. The UK, one of the worst-hit countries, is also urging the infected to isolate for 21 days, though the British government stopped short of issuing a quarantine mandate for infected travelers.

As of yet, no travel bans have been enacted and Belgium, and most of Europe, remain open. Considering this is a new epidemiological concern and the actual number of infections is probably much higher than officially reported, travelers are urged to be cautious and educate themselves about prevention methods.

The smallpox vaccine remains a strong protective barrier against monkeypox and other similar viruses. Travelers can find official information via the links below:

7 Budget Friendly Beach Destinations In Europe To Visit This Summer 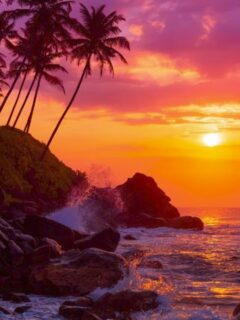 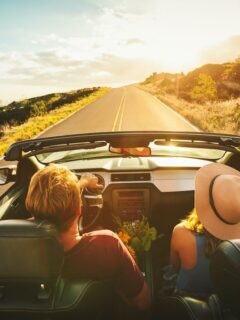 Next
Worst Times To Travel By Car On Memorial Day Weekend
Click here to cancel reply.

It's easier to fool someone than to convince them that they have been fooled. After over 2 years of what has been a tyrannical play over a beta-coronavirus, it is time to point at the man behind the curtain. This monkeybusiness has to stop or we will end it anyway.

Dr Malone already said it's media BS. If Dr Malone said that, then this is exactly how it is. Everyone else can start wearing 10 masks.

I would add another comment, that Ukraine thing is wearing off, not looking good, for media, so they desperately need a new story, to make money and mess with people.

@no clot shot thanks, completely agree with you..I am also so elated about the comments taking such an 'increased, educated, stand up for yourself and don't listen to the b.s.'turn compared to the last 2 years. It's so relieving!

Y’all cannot be stupid enough to fall for this, after the past 2 years of foolishness we just went through. You just can’t be.

It seems that we'll have to hang up some of the billionaires funding all this non-sense to have some normalcy...