Workers Strike At London Airport May Cause Delays For Travelers

Heathrow Airport will be under some added pressure in the coming weeks as baggage handlers and refueling staff plan to go on strike. Travelers moving through Heathrow should anticipate some disruption to schedules and plan for more time at the airport.

The decision was made over a pay dispute with the ground handling and refueling company Menzies aviation. Over the course of the pandemic, Menzies was reported to have fired and rehired hundreds of workers allowing them to drop pay by as much as $9000.

The problematic weekend was strategically chosen to cause as much disruption as possible, as the chosen dates are English schools’ mid-term holidays, similar to a spring break in the US. With British restrictions being massively relaxed in the past weeks, the weekend was set to be a strong one for the travel industry, and airports anticipated to be packed.

Heathrow is an unexceptionally important hub, both for the US and Europe, with thousands of American flights passing through London each week for tourists heading to the British capital or on to the continent.

Menzies Aviation, the company at the center of the strike, may not be a household name for many travelers as most of their work is done behind the scenes. But they are a giant in the industry and function baggage handling and refueling systems for many of the world’s biggest airlines. They currently function at all five of Heathrow’s terminals and handle services for American Airlines, Qantas, and British Airways among others.

Heathrow expressed its frustration at the strike’s timing, stating it was “disappointed” that the union was choosing to add further disruption to an industry already suffering the worst crisis it has ever faced.

Passengers who are moving through Heathrow in any capacity through February are strongly advised to keep on top of any developments. Airlines will have the most up-to-date information on any disruption being caused. If traveling back to the US from London, passengers should make sure they arrive three hours before departure, or even earlier if possible. With a shortage of staff, baggage checking and security may be much longer than usual.

Those transiting through Heathrow over that period of time should also make themselves aware of any potential delays. Refueling issues in particular could keep some planes on the tarmac longer than anticipated, so a short layover may be a riskier move than normal over the specified dates.

It is possible a deal can be made before the strike, and all travelers are advised to keep abreast of any developments.

Aside from the strike, it is one of the best times to visit the UK since the pandemic began. The UK recently announced that it is removing its pre-departure COVID test requirement for all vaccinated travelers. A lateral flow test will be required on the second day, but no isolation will be required before the next test is taken. If a lateral flow turns up positive, a PCR will be needed to confirm the test. If that comes back negative, it’s business as usual for travelers.

The EU is slightly more complicated depending on where a passenger is heading, but things are looking positive as the decision to push for an individual-based restriction system instead of a country-based one is set to become the prevalent way of doing things on the continent. This means that entry requirements will not be based on the nationality or previous destination, but the vaccination or test status of the individual.

Once again, all travelers should keep abreast of any new developments regarding entry requirements as changes are common.

Bali Reopening For Tourism To All Countries February 4

Travel Insurance That Covers Covid-19 for 2022 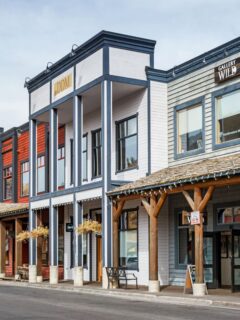 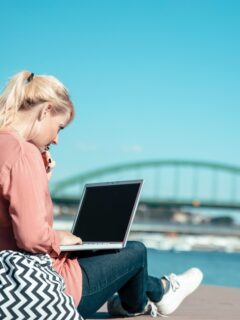