Would You Visit These Top Underrated Destinations In 2023?

A new industry report has revealed the most underrated European travel destinations of 2023. According to a survey conducted by World Travel Market, these are the top destinations that travel industry professionals view as flying under the radar.

You won’t find popular European destinations like France or Italy on this list. These underrated destinations offer jaw-dropping scenery, history and culture, delicious food, and more – without the massive crowds, and often at lower prices too.

The Azores, an island chain in the middle of the Atlantic Ocean that belongs to Portugal, tops the list of underrated destinations for 2023.

Although the Azores has been growing in popularity in recent years, it remains an off-path destination due to its remote location. However, visitors who make the trek to the Azores will be rewarded with stunning views and unspoiled natural beauty.

While Greece is one of the most popular tourist destinations in Europe, most visitors stick to Athens and the Cycladic islands, including Santorini, Mykonos, Naxos, and Paros.

However, there’s so much more to Greece than these popular spots.

Northern Greece (which really includes everything north of Athens!) is full of underrated gems.

Thessaloniki is a northern city that’s considered Greece’s second capital after Athens. Meteora is a stunning monastery built on a rocky cliff. And for beaches, the seaside town of Parga and the island of Corfu are among the best in Northern Greece.

Bulgaria is a highly underrated, affordable destination in Europe that flies under the radar for most travelers. This Balkan country is known for its great skiing in the winter – and it’s also one of the most affordable ski destinations in Europe.

In the summer months, Bulgaria’s Black Sea resort towns like Varna draw visitors looking for an affordable warm-weather getaway. This underrated country is also full of culture. From the capital city of Sofia to the charming historic towns of Plovdiv and Veliko Tarnovo, there is plenty for intrepid travelers to discover in Bulgaria.

Scotland is one of the best destinations in the United Kingdom. Although it’s often overshadowed by neighboring England, with many visitors only spending a few days in Edinburgh if they visit Scotland at all, this country should not be missed.

Edinburgh and Glasgow are world-class cities, but where Scotland really shines is its rugged natural beauty.

Although they are off the beaten path, travelers who visit Scotland’s Shetland Islands will be amazed by the unique beauty of these remote northern islands. The Isle of Skye is another underrated destination known for its stunning scenery, while the Isle of Islay is known for its excellent whisky.

Few travelers visit Estonia, but this Baltic country is one of Europe’s most underrated destinations with so much to offer. The capital city of Estonia is beautiful and very affordable, while outside the city, travelers can discover ancient castles, rocky beaches, and lakes and forests.

Although these destinations did not crack the top five, they’re still underrated gems within Europe that are worth visiting.

Netherlands: There’s a lot more to the Netherlands than just Amsterdam, including Keukenhof Garden and the canal-filled village of Giethoorn.

Sicily: Although it’s part of Italy, this Mediterranean island is far removed from the mainland with its own unique language, culture, and cuisine. Sicily is a great place to visit for ancient ruins, beautiful beaches, and delicious food.

Wales: Explore the natural beauty of this underrated part of the UK, from its rugged coastline to its mountainous national parks. 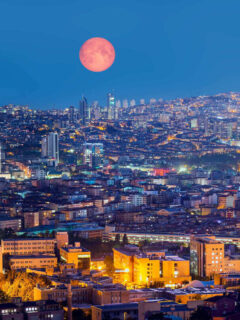 Previous
This Is The Cheapest City Worldwide For Digital Nomads 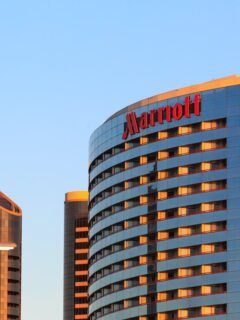 We just completed a 31-day tour of northern Greece and HIGHLY recommend it! It highlights the "real" Greece, which is not crowded with people, but ripe with amazing history. We also spent time in Bulgaria and agree it is a great value.