It’s no secret that Mexico has become one of the hottest travel destinations over the past few years (and before that, frankly). And now with the demand has come the supply.

Whether you’re looking for a new fascinating city to explore in the mountains of northern Mexico or re-visit an old favorite, your next Mexican adventure is just a hop, skip, and a quick flight away. Here’s a round up of the latest flight routes from US cities to Mexico, as well as new connections to Europe and beyond.

Dallas To Querétaro On American Airlines

Flights between Dallas and Querétaro on the new Airbus A319 are now available twice daily through the airline, making it the second-largest international air carrier to Querétaro Intercontinental Airport (QRO).

Querétaro is a small, central state located about a three-hour drive northwest of Mexico City. Often overlooked by neighboring cities in Guanajuato state, cozy Querétaro has so much to offer travelers. The airport is approximately 30 minutes from the capital city of Santiago de Querétaro.

If you have a few more days for your Mexican vacation, head to nearby Peña de Bernal, the beautiful monolith that can be seen throughout the town. While the hike up to the summit can be tedious, most travelers opt to drive or walk to the halfway point for the best views of the peak.

For an unforgettable day trip from Querétaro, be sure to check out its revered wine county (and you’ll find amazing cheese here, too!)

Austin And Houston To Monterrey On Spirit Airlines

Beginning this summer, ultra-low-cost carrier Spirit Airlines will be launching two new flight routes to Monterrey, Mexico from the Lonestar cities of Austin and Houston. The current plan is for daily, nonstop services between these cities, and are scheduled to start on June 22nd pending government approval.

These new flight routes will make the northern city of Monterrey much more accessible from the US.

Located in the mountainous state of Nuevo Leon, Monterrey is known to be one of Mexico’s most affluent cities, along with Mexico City. Tourists and locals alike love wandering the picturesque Macroplaza and Fundidora Park, both perfect activities for a sunny day in the city.

You’ll also find amazing boutique hotel stays in Monterrey that will have you planning your next trip in no time.

While no launch date has been announced yet for Mexico City’s new airport, also known as Felipe Angeles International Airport, new flight services from cities throughout Mexico and abroad are in the works.

The latest announcement came last week from Volaris, as the airline is planning for a new nonstop route from LAX to the new Mexico City airport. This route would be the first-ever US flight to the inaugural airport.

Volaris will likely offer these flights at an incredible rate.

Increased Flight Routes Between Dubai And Barcelona To Mexico City

After exploring your favorite destinations in Mexico, why not connect to Europe?

It was confirmed earlier this week that Emirates will be ramping up flight operations to Mexico City from Dubai to six flights weekly. Flight services are between Dubai and Mexico City via Barcelona, and they are currently for five times per week. The new flight route was launched just last month on March 14th.

Flights are scheduled to depart (every day except on Thursdays) from Mexico City’s Benito Juarez International Airport at 7:40 p.m. local time to Barcelona and onwards to Dubai. 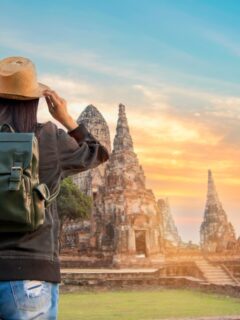 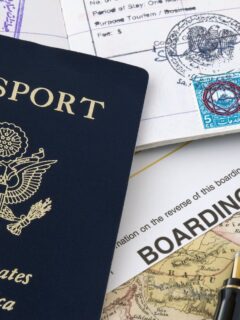 I visited Merida, because I read it is one of the safest cities and has a lot of culture. For me, culture is food.

Getting coffee is pretty difficult, not a Mexican thing, but Coca-Cola is everywhere. So basically, you want to feel that Mexican culture while actually consuming American products every single day. I don't mind coke or Nutella, but it's not Mexican. Wouldn't be nice to taste some Mexican own drink with special ingredients? In this planet it's probably impossible, Coca-Cola is the world drink.

Can someone tell me where in Mexico you can experience that real culture? I would give Mexico City one try.

In Thailand I saw many times home made special sauces and stuff, which made it truly unique. But unfortunately, Thailand is so corrupted now, they love that vaccine money more.