Things are looking up for travel in 2021. After the quarantines and travel bans of this last year, we’re all itching to get out. And one of the most fun ways for people living in the U.S. to get back into traveling this year is to check out the top landmarks around the country.

The U.S. has so many incredible historic buildings and landmarks. This list of five U.S. landmarks spans the country from New York to California. Whether you’re wanting to travel alone, with friends, or with family, these landmarks and the tours offered at them are fun and educational for all. Let these landmarks inspire you as you plan your 2021 trips!

The Golden Gate Bridge is without a doubt one of the most iconic landmarks in the U.S. Completed in 1937, the Golden Gate Bridge was called “the bridge that couldn’t be built.” When you visit the Bridge, you’ll find a true marvel. The Bridge spans almost two miles of water to connect San Francisco with Marin County, California.

Other things to do in the Golden Gate Bridge area include hikes through the Golden Gate National Recreation Area. The area is also filled with great nightlife – the jazz clubs are particularly well-regarded. There are also a lot of options if you’re wanting to go sailing or tour wine country!

The Statue of Liberty, probably the most iconic landmark in the U.S., is an absolute must-see. This towering structure was built over nine years by an incredible group of designers, builders, and engineers.

Whether you’re looking to hike, whitewater raft, or just take in the beauty of the canyon from the top, the Grand Canyon will not disappoint. Over 500 species of animals can be found in the Grand Canyon National Park. You can also camp in the park if you want to take in the experience to its fullest!

Known as a towering monument of art deco architectural design, the Empire State Building stood as the tallest building in the world for 40 years after it was completed. Since 1931, this building has been fascinating and shocking visitors.

Watch the sunrise or take advantage of some of the building’s tour packages, some of which include a bottle of champagne! While you’re in New York to tour the Empire State Building, you’ll also have great access to the rest of NYC.

Yosemite National Park has some of the most beautiful and interesting landscape in the country. Tours on foot and on horseback are available and show off some of the best features of the park. You can spot everything from black bears and big horned sheep to spotted owls in Yosemite.

May through September is the best time in terms of weather to visit the park. But keep in mind that this is also the park’s busiest time, so you might not see quite as much wildlife as you would during the rest of the year. 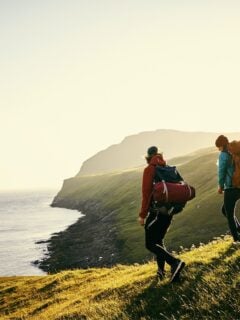 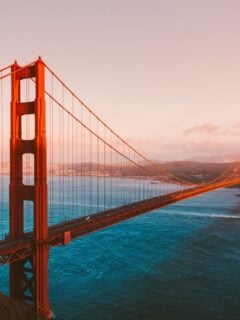