While it doesn’t boast the castles of Europe, the U.S. is filled with historic buildings of all shapes and sizes. Whether you’re looking to see different architectural styles on display or catch up on your American history, these buildings will delight and inspire.

The Library of Congress was built between 1890 and 1897. But building and renovations have happened at the Library of Congress as recently as the 1980s, and more renovations are said to be planned for some time in the next decade. The architectural style features elements of both the highly ornamental Beaux-Arts style as well as the ancient Roman influence of the Renaissance Revival style.

The beautiful Byodo-In Temple in O’ahu, Hawaii is a monument to the state’s many residents from Japan. The breath-taking gardens of the temple create a peaceful environment. The whole building and grounds are a smaller-scale replica of the almost 1,000-year-old Byodo-In Temple in Japan.

The name “Byodo” was chosen for its meaning – “equal.” This non-practicing temple is open to all, and it’s even been featured in several TV series.

Located in the center of bustling NYC, the Grand Central Terminal is a stunning monument to the Beaux-Arts architectural design. It’s a destination for both dining and shopping. One of its most iconic features is its four-faced opal clock.

These cliff dwellings have been astounding visitors for centuries. While they were probably only occupied from about 1190AD-1300AD, the dwellings have stood the test of time. The people of this area continued to farm on the tops of the mesas while they lived beneath the protection of the cliffs.

You can tour these dwellings solo or take a guided tour. The guides of the Mesa Verde tours can tell you all about the excavation of these amazing dwellings.

The Biltmore Estate was built by the American industry tycoon George Vanderbilt. Vanderbilt fell in love with the beautiful Blue Ridge Mountains during a trip to Asheville in the 1880s. Known as America’s premier home, the Biltmore boasts 250 rooms.

This home was built in the French Renaissance style, known for its emphasis on symmetry and harmony, over six years. The house was first opened to the public in the 1930s and was used to store priceless art during WWII. The grounds cannot be missed and are best viewed during the spring, summer, and fall. But the grand conservatories ensure that you can see lovely blooms all year round.

Keep in mind that the Griffith Observatory is currently closed, so if you’d like to visit, plan for some time later in 2021.

The Empire State Building stands as one of the most iconic buildings in the world. Known as an art deco icon, this building was the tallest building in the world for the 40 years after its completion in 1931. The metallic gilding and soaring ceiling are an homage to an age gone by. The style of 1920s architecture is on fantastic display in the Empire State Building, which is one of the most photographed buildings in the world.

Every day at 1pm and 3pm, the music from the carillon fills the gardens. The neo-Gothic and art deco design of the building adds to the beauty and peace of experiencing the music in these beautiful gardens.

Not only is Harvard University the oldest higher learning institution in the U.S., its buildings are some of the most beautiful historic buildings in the country. Established in the 1630s, this 209 acre campus is only three miles from downtown Boston.

The museums at Harvard University will fascinate and educate any visitor. Their museums feature collections of art, artifacts of science and nature, and even great living collections of plants!

Independence Hall is one of the most famous and beloved historic buildings in the U.S. Guides at Independence Hall will take visitors on a riveting tour of America’s beginnings. This Georgian style building, with its symmetry and sense of proportion, was built to look more like a country house rather than an urban public building. 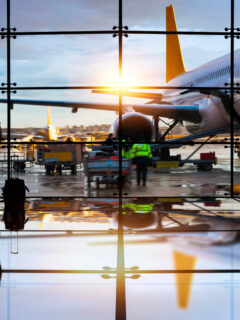 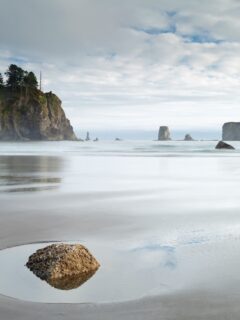