Eastern Europe is packed with beautiful scenery, rich culture, and plenty of history, with affordable prices to boot.

However, traveling the region is not without its difficulties, whether it’s the language barrier, cultural differences, or just navigating the local transportation.

So, we’ve put together some helpful tips to make sure your trip goes off without a hitch.

Level Up Your Language Skills

The languages in Eastern Europe may be varied and they may be a little difficult for native English speakers, but that’s no excuse for not trying. Even just basic phrases like hello, excuse me, and thank you go a long way.

If you’re hopping around the region, Russian will give you the maximum reach. It’s not nearly as prevalent as Spanish is in Latin America, but it’s still a major language in Belarus, Ukraine, and of course Russia, and most older people in former Soviet countries, like Georgia, still speak it fluently.

Either way, learning the Cyrillic alphabet is a good idea. It’ll help you get around in the above countries, plus Serbia and Bulgaria, and it’s actually pretty easy – and highly phonetic.

While cards and other digital payments may be ubiquitous in some countries, cash is still king in Eastern Europe.

And that means you should always have some on you – and just assume that you won’t be able to rely on your debit or credit card.

…But Not Too Much

Don’t get too carried away with that fat stack in your pocket though. For one, well, it’s just not a good idea when traveling, where there’s always a slight risk of pickpockets or theft.

But more importantly, most taxi drivers, shop owners, and the like are not going to have change for your larger bills. Even if they technically do have change, they won’t want to part with it.

So, ideally you should carry around a moderate amount of cash in mostly small bills. Though sometimes it can’t be helped, especially right after you visit an ATM.

Don’t Be Put Off by “Coldness”

It’s a common story: a traveler shows up in Eastern Europe from a more extroverted nation, like America or Australia, encounters locals who don’t smile much and aren’t very gregarious towards strangers, and think: “well, they’re just a bunch of meanie heads”.

But that’s not the case at all. In fact, even those “cold”, frigid Russians can be some of the nicest, most hospitable people you’ve ever met.

For cultural and historical reasons, they simply don’t value the form of politeness practiced in the Anglo-Western world. In fact, some view it as contrived or insincere. Hence their trademark bluntness.

But they’re still plenty nice. So, don’t be put off by the stoic exterior.

That being said, there’s one topic you should tread lightly when discussing – or better yet, avoid entirely – and that’s politics.

Whether it’s the longstanding rivalries in the Balkans, Romania and Moldova, Ukraine and Russia, Georgia and Russia, Armenia and Azerbaijan, or… well, you get the picture. Not only would you need a Ph.D. to understand it all, it’s a contentious topic, no matter what side one takes in the conflict.

So, lend a listening ear and learn what you can, but consider keeping your opinions to yourself.

Eastern Europe’s churches and monasteries are some of the most popular tourist attractions. But they’re still religious sites first and foremost, and so you’ll be expected to dress modestly, with your arms and legs covered.

The preferred attire for women is a long skirt or dress, along with a scarf to cover your hair. You can sometimes get away with wearing pants, but make sure to bring a head covering with you, whether you buy it at home or the local market.

Keep Track of Your Belongings

The good news: The threat of mugging in Eastern Europe isn’t nearly as high as it is in Latin America.

The bad news: Petty theft is still fairly common. So, while there’s less threat of violence, you still don’t want to leave, say, your laptop just lying around where someone could easily grab it.

One should also be wary of pickpockets, but that goes for most of Europe really.

Even if you’re not visiting Chernobyl on your trip east, you still never know what can happen. So, grab some travel insurance before you go.

It’ll give you piece of mind during your adventures, and keep you covered should anything go wrong when you’re hiking the Carpathians, diving in Bulgaria, or just navigating those crazy and chaotic Eastern European roads.

Top 10 Destinations to Visit in Greece 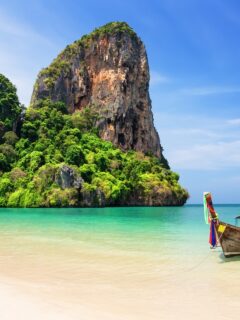 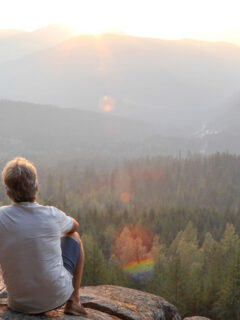 I LOVE Eastern Europe! Just as pretty and interesting as Western Europe but with friendlier people, less tourists and less travel cost :-).

"Whether it’s the longstanding rivalries in the Balkans, Romania and Moldova"

No. You probably meant România and Hungary, because Moldova (the country) IS România. We're brothers.

And what exactly are the rivalries between Romania and Moldova?????

I am regularly traveling through Eastern Europe - referring to your "Cash is king" hint - it is highly depending on the country. The Standards of card acceptance differs - in Poland and the Baltic States - Card acceptance is more advanced than in some Western Countries - in these countries you can pay almost everything by card and you will find fast contactless terminals where you just have to tap your card or phone. Card acceptance is still quite low in Albania and some of the Balcans, in countries like Hungary, Croatia, Czechia, Slovakia, Serbia cards are still more accepted than eg in Germany. And in the bigger cities card acceptance is also quite good already in Romania, Bulgaria, Ukraine or Russia. In rural areas and informal businesses it is still less common but in general as an Austrian, where there are also still many Cash only businesses, I can say that you can get along cashless quite well in the meantime through Eastern Europe and don't have to carry a lot of cash with you.

@Stephan, u r completely correct...I/we are going to Germany and Poland every year...in Poland I'm using my c/c as in the USA in Germany not so much...in Poland u can stop at any place for a bite to eat. c/c no problem...in Germany at mom/pops place u better have Euros with u