Airbnb confirmed this week that they will be implementing crackdowns on Airbnb bookings over New Year’s Eve.

Specifically, users with an insufficient amount of positive reviews will be blocked from reserving full house listings on the last night of the year. On top of this, the vacation rental company will also be monitoring and blocking any last minute two night stays that are local to the user.

Airbnb is a rental company that allows users to list their own homes on the website and app. Both long term and short term rentals are possible, and it often provides a cheaper alternative to traditional hotels, in more unique settings.

However, in recent years some high profile cases of property damage have been reported with complaints peaking on nights like New Year’s Eve, Halloween, and July 4th.

Earlier this year, a couple in Atlanta, Georgia claimed over $8,000 in damages to their property after a guest hosted an unauthorized party in their home during the NBA All-Star weekend. Despite airbnb’s global ban on parties and a max occupancy of 16 while the pandemic continues, over 43 people were caught on CCTV in the house. The distressed homeowners were shocked to find trash cans full of vomit, and condoms in their children’s bedrooms.

Hosts are covered up to $1 million in damages by guests, but the risk for hosts is still intimidating. The policies in place seek to elevate that stress, and allow for New Year’s Eve bookings to go to only trusted guests.

With untrusted guests weeded out, unwanted parties and the associated damage can hopefully be minimized.

Both guests and hosts are reviewed after each stay, generating an overall score out of five.

Some potential guests are frustrated with the news as, despite not having bad reviews, will not be classed as a trusted guest, something Ben Breit, Head of Trust and Safety Communications at Airbnb elaborated on.

“We’re not trying to say that nobody should be partying on New Year’s Eve. What we are trying to say is that if you’re going to do it, do not do it in an Airbnb listing. It can lead to property damage. It can be disruptive to neighbors.”

He says he understands that not everyone being blocked will be a disrespectful user, but it’s about finding that “needle in a haystack”

The system was tested last New Year’s Eve across a few countries and was considered a success. Over 240,000 guests were blocked from booking listings. This trial led to another rollout over July 4th, and Halloween.

The rule comes hand in hand with the announcement of their expanded urgent safety support to another 11 languages. Previously, its system was only available in English but is now extended to Czech, Brazilian Portuguese, Dutch, French, German, Hungarian, Italian, Japanese, Korean, Malay and Spanish.

The urgent support line is designed to help both guests and hosts work through any unsafe or distressing situations that may occur in an airbnb. The system guarantees the troubled guest or host access to support within 30 seconds of a request, and can connect them to local emergency services. This feature is particularly helpful for those abroad and unfamiliar with local languages or processes. Their previous system came under heavy scrutiny after several high profile incidents, including a shooting in a listing in Canada. 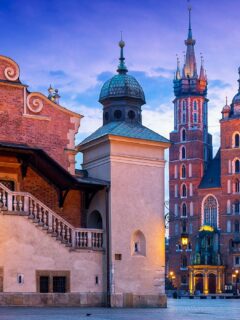 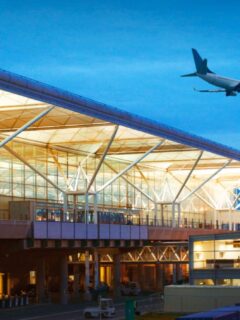 There's an AirBB in Nashville where you could actually party that hard, and no one would notice the difference. The response to my posting was that "most over 30 year olds leave negative feedback".

Hmmm, anyone with any sense of hygiene would leave negative feedback.