As countries around the world continue to lower their travel restrictions and begin to reap the benefits of both inbound and outbound travel, the sense of frustration in the UK is palpable. Despite some of the most impressive vaccination statistics, the British government is reluctant to ease restrictions to the level the general public would like.

However, following a sustained period of increased pressure from airlines – including a lawsuit from Europe’s largest airline – there are signs that the UK could be about to make some changes. Here’s what’s been happening, and how it may affect travelers.

The UK has allowed international travel for its citizens since May 17th, following a long period in which a “Stay in the UK” regulation was in effect. Since May 17th, the country has operated a “traffic light” approach to safely resuming travel; safer countries are added to a “green list”, where travelers can visit and return without having to quarantine, whilst more dangerous countries are put on a red list, which means those returning from a red list destination must go into a mandatory quarantine facility. Those returning from an “amber” destination must self-isolate upon returning to the UK for a period of 10 days.

Whilst it sounds like a good policy, in theory, the reality is that the British government are perceived as being too cautious when it comes to adding countries to the green list. The current green list consists of Australia, Brunei, Falkland Islands, Faroe Islands, Gibraltar, Iceland, Israel and Jerusalem, New Zealand, Singapore, South Georgia and South Sandwich Islands, St Helena, Ascension and Tristan da Cunha – none of which are popular destinations for British travelers. Portugal – a conventional tourist destination – was recently moved from green to amber, sparking outrage amongst travelers and those in the industry alike.

It seems the British public aren’t the only ones frustrated by the lack of action by the government as several airlines recently called on them to make changes, such as allowing those who are fully vaccinated to travel freely.

Speaking at an online conference, the Chief Executive of the UK’s national carrier British Airways said:

“The UK will get left behind because I do see Europe actually moving at a quicker pace to open up. We should be acknowledging that vaccinated travelers have an inherently lower risk when they travel than those who don’t. It’s crazy not to try and reap that dividend.”

The situation is so extreme that Ryanair, the largest airline in Europe, has launched a legal challenge against the traffic light system, along with the Manchester Airports Group. The two companies stated that the “opaque way that decisions are being made is undermining consumer confidence in the traffic-light system and makes it impossible for airports, airlines and other travel companies to plan for the recovery of international travel or work with the government on future reviews.”

The pressure seems to have had an effect on the decision making of the government, with the Department of Transport saying on Thursday that they were considering how vaccines could be used for inbound travel. The UK currently boasts around 31 million fully vaccinated citizens – almost half of their population – so any potential change that would allow more relaxed movement for vaccinated individuals would be bound to have a significant impact on the travel and tourism industry. 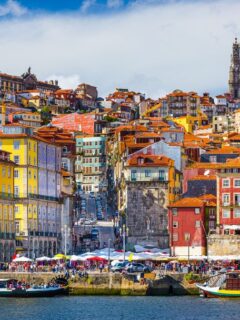 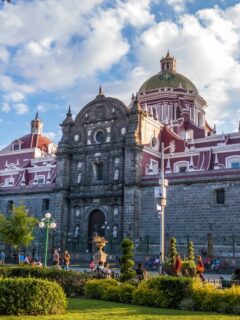 Next
Top 10 Places To Visit In Puebla Mexico For 2021
Click here to cancel reply.