A World Heritage city, Puebla is known for its colonial architecture, culinary heritage, and pottery. With its proximity to Mexico City, this charming city has many places to explore.

In Puebla’s Historical Center, you will find numerous churches from colonial times, with beautiful architecture that is the most exquisite and richly detailed on the entire continent. The most iconic baroque-style monumental sites include the majestic Cathedral, the Palafoxiana Library, and the Chapel of Del Rosario. Go to the Zocalo, the city’s central plaza is where the town was founded in 1531.

Cathedral and Chapel of Del Rosario

This Herrerian style building was built between the Renaissance and Baroque transition. Admire the goldsmith work, paintings, stonework, and liturgical artifacts of this era. The Templo de Santo Domingo is considered the pinnacle of the New Spanish Baroque, and inside, you will find the Del Rosario Chapel. Every surface of this breathtaking chapel is covered in stucco, molded in astonishingly complicated patterns and gold leaf.

If you are a book lover, this is the place for you. Established in 1646, the Biblioteca Palafoxiana was the first public library in colonial Mexico and the oldest in the entire Americas. A long hall with cross vaults in its ceiling, carved wooden shelves, three stories high, laden with 43,000 books, manuscripts, and documents like original maps from the conquistador Hernán Cortés in the 16th century.

For history lovers, Puebla offers impressive museums. The Amparo Museum opened its doors in 1991 and has a great collection of pre-hispanic art. The International Museum of the Baroque opened in 2016 and was designed by Japanese architect Toyo Ito. This museum is all about the Baroque architecture, art, and music from the 17th and 18th centuries. Visit Casa de los Muñecos Museum, where you will be amazed by its Talavera façade, featuring the work of Puebla artisans.

The Parian Market is colorful and vibrant and one of the city’s largest arts and crafts markets. More than a market, it’s a place to get in touch with Puebla’s traditional artisan work. You can find leather goods, textiles, copper-work, pewter, and traditional puppets. Visit the Parian Market to take a piece of Puebla home with you.

Named after the Virgins of Loreto and Guadalupe, these two forts from the 19th century and located on the Acueyametepec hill played an essential role during the Second French Intervention in Mexico. They successfully defended the city against the French army in the famous Battle of Puebla in 1862. There is a museum that documents the battle, with documents, portraits, and weapons.

Puebla has one of the oldest and most savory regional cuisines of Mexico. The most iconic poblano dishes include cemitas, chiles en nogada, mole, tinga, among others. Do not leave Puebla without visiting El Mural de los Poblanos. This restaurant has a beautiful decoration, and its dish specialties are pure excellency. Another option is Casa de los Muñecos, named after the museum; you will be delighted with the delicious menu options that feature the best in Poblano cuisine.

This Street has been nicknamed the Street of the Sweets for more than forty shops offering traditional poblano sweets. Famous shops include La Fama, Borola, and El Lirio. The tradition goes back to the convent of the Santa Clara Nuns, who came up with many of the recipes back in the colonial era. These delicacies include Camotes de Puebla, Tortitas de Santa Clara, Gaznates, Mueganos, to name a few.

Six miles from the city, Cholula is worth a day trip. Visit the Great Pyramid of Cholula and its archeology park. Other sites worth visiting are its Zocalo and Local Market. You can explore the hill where the Our Lady of Remedies church is located. If you stay for the evening scene, be sure to visit the bars with their beer gardens, you will enjoy the more traditional drinks and spirits of the region.

Puebla has its own colorful pottery style, known as Talavera. Puebla is one of only five places in Mexico that can produce these ceramics authentically. The Puebla artisans obtained their knowledge of the Talavera technique during the construction of the Santo Domingo Church in 1571. This stunning tile can now call Mexico home, with a traditional style representing a melting pot of cultures.

There are many incredible things to do in Puebla, from looking into its ancient past to simply wandering and absorbing its charm. A visit to this colonial city is one you won’t regret.

Mexico Traveler Restrictions: What Travelers Need to Know in 2021 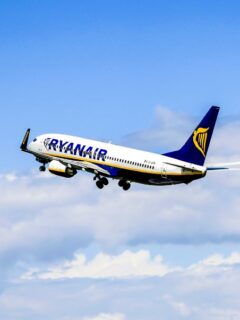 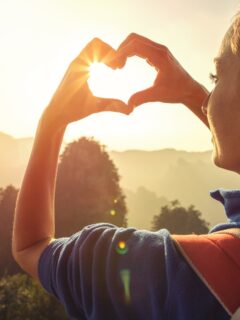 Next
Top 7 Tips For Eco-Friendly Traveling In 2021
Click here to cancel reply.