Tourists Fume Over Changes Made To UK’s Green List


During the UK’s tough lockdowns, travelers on the British Isles kept a close watch on their calendars for May 17th, after which they would be able to travel once more. However, a disappointing start to the UK’s easing of its travel restrictions underwhelmed many – and that disappointment has turned to anger.

The UK has revised its “green list” this week, moving Portugal from green to amber and outraging both travelers and those in the travel industry alike in the process. Here’s a look at that change, the reaction to the decision and an update on the situation regarding the UK’s traffic light travel system.

However, such comfort and changed to anger in the wake of the UK’s decision to move Portugal from green to amber following the worsening of the Covid-19 in the country. The move will officially take place from 4am GMT on June 8th. According to British transport secretary Grant Shapps, the change in classification occurred due to the positivity rate in the country almost doubling and the presence of the virus mutation now known as “Delta”. As of June 2nd, Portugal was reporting 5.4 new cases per 100,000 people per day, compared to the UK’s 5.2.

The travel industry has reacted strongly to the news. British Airways labelled the decision as “incredibly disappointing and confusing news, not just for aviation but also for our customers,” adding that “the UK has reached a critical point and urgently needs travel with low-risk countries, like the US, to re-start the economy, support devastated industries and reunite loved ones.” Easyjet’s chief executive Johan Lundgren also criticized the British government, claiming that it had “torn up its own rule book and ignored the science.”

The same level of shock and anger has also spread to travelers, who will now have to self-isolate at home for 10 days once they return from their trip. Those who visit green list countries do not have to isolate at all upon their return, whilst those who visit red list countries must stay in one of the UK’s mandatory hotel quarantine facility at great expense.

There are also changes scheduled for the red list, with seven new countries set to join from June 8th. Those countries are Afghanistan, Bahrain, Costa Rica, Egypt, Sri Lanka, Sudan and Trinidad and Tobago. Travelers who have visited these countries will now need to pay £1,750 per travelers for a 10-day stay in one of the UK government’s hotel quarantine facilities.

Phuket Still On For July Reopening Despite Thailand’s Surge 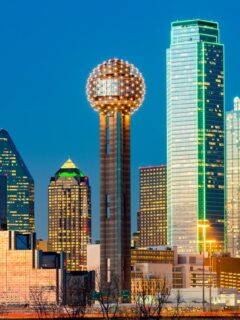 Previous
Top 7 Things To Do Outdoors in Dallas This Summer 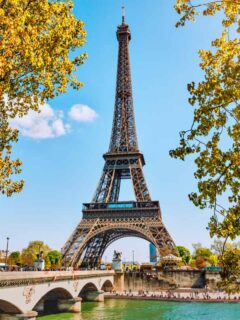 Is there anyone who still believes this tyranny has anything to do with a "virus"?

I personally haven't seen anyone dying in the streets, Dont know of anyone that died. Yet, the lockdowns and restrictions are all over the world.

@sukumot, I unfortunately know a few who died. Also some of my 'young' (30+) colleagues that had covid months ago are still so tired sometimes they can hardly walk the stairs. Personally I'm not really afraid of getting covid but you never know... It's certainly something I wouldn't joke about!

And the insanity continues. At some point they'll run out of letters for all the "much more dangerous" variants that pop up every five seconds. FYI mutating is what all virus do and 99% of the time they're equally (ir)relevant as the previous one. Aren't these people creating that panic narrative bored yet?

When will the Biden administration open up USA it is 20 months since I saw my grandchildren in up state New York. We are vaccinated they are vaccinated. What's happening with USA?

Of course this can happen, nothing shocking about changing color codes. In my opinion it's quite stupid to plan a trip now, I wouldn't book anything before the end of this year (or better: before 2022) because with a pandemic you never know what might happen.

It only says should not, so get on the plane. If you can work from home, No problem. They are playing politics and Johnson is scared. USA and many other nations are well ahead of UK.