Whilst it’s true that the pandemic has impacted all of the United States quite severely, fewer states have been hit as hard as Alaska and its port towns. Whole communities in the region rely on cruises for a large portion of their income, and so the ban of cruise ships sailing through Canada has had a significant effect on their economies.

However, they are set to receive a significant boost in the coming months, after a law was signed that will see cruises return to Alaska once more. Here’s why they’re coming back, and who is offering Alaska cruises from July.

Alaska Cruises Are Back – Information for Travelers

Cruises taking on board the wonders of Alaska have all but stopped during the pandemic, following Canada’s decision to ban cruises in March of last year. Extended until March 2022, it seemed that cruise enthusiasts would have to wait it out in order to sail through Alaska’s whale-filled waters.

The stoppage became a huge issue for the state, as it joined Florida in a lawsuit against the CDC and what they felt was an unfair decision not to allow cruises to go ahead. Alaska’s Governor, Mike Dunleavy, said the state lost $3 billion as a result of 2020’s cruise halt, and it looked as though similar figures may be posted for this year – but a new law signed this week could see passengers on Alaska cruises in just a matter of weeks.

The legislation behind the change in fortune was first introduced in back in March by Republican Senator Murkowski, Senator Sullivan and Congressman Young, with the hope of relieving the restrictions that were brought about as a result of the Passenger Vessel Services Act.

President Biden signed the bill into law, meaning that cruises are once again allowed to visit Alaska. Referencing the decision, President Biden tweeted:

“Today, I signed the Alaska Tourism Restoration Act into law. Tourism is vital to the state of Alaska — and this law will help revitalize the industry and support Alaskans by allowing large cruise ships to return to the state this summer.”

Previous laws meant that ships that were flagged in foreign countries – as is the case for many cruise ships – had to stop in international destinations, something that Canada’s ban on cruises prohibited. However, the Alaska Tourism Restoration Act waives this requirement, meaning cruise ships are free to travel through to Alaska without needing to stop in Canada.

Which Alaska Cruises Are Restarting?

Despite several cruise lines cancelling their Alaska options at the height of the pandemic, there has been some movement by those in the industry to offer them once more. Cruise lines such as Princess, Carnival and Holland America have announced that they would restart cruises from Seattle towards the end of July, whilst Royal Caribbean and Celebrity Cruises revealed their Alaska offerings would resume from July 19th and July 23rd respectively. Rules about entry requirements, such as mandatory vaccines, may differ from cruise line to cruise line.

Elsewhere, cruise lines are set to double down in their operations in the coming weeks after the CDC made it easier for them to get back on the water. Royal Caribbean recently revealed that they had applied to take part in simulated test cruises, whilst these can be skipped by cruise lines that intend to go ahead with 98% of crew and 95% of passengers are fully vaccinated. 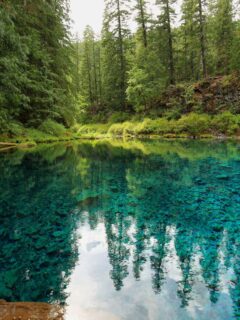 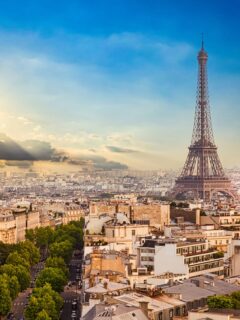 Next
6 Hidden Gems In Paris To Visit On Your Next Trip
Click here to cancel reply.