6 Hidden Gems In Paris To Visit On Your Next Trip

All visitors to the city of Paris are sure to see the usual Parisian sites including the Eiffel Tower, the Louvre, and Notre Dame. But what about the sites that are not normally in the guidebooks, these hidden parts of Paris? Paris is a city where a visitor can find something curious around nearly every corner. Although there are hundreds of places in the city that are less known, here is a short list of sites you may not know about, the hidden gems of Paris.

The Hidden Gems of Paris

See the Remains at the Catacombs

Located underneath the city, the Paris Catacombs is a place that fans of the macabre will appreciate. The bones of over six million people are stacked in the labyrinth of tunnels underneath the city. Towards the end of the 18th century, the city had major sanitation problems. This lead the officials make the decision to transfer the remains of the city’s cemeteries underground in the old quarries. Visitors to the catacombs will be blown away by the various stacked arrangements of the bones that are arranged in many decorative ways.

Visit the Statue of Victor Noir for Fertility

Victor Noir was a French journalist that was shot by Prince Pierre Bonaparte, cousin of French Emperor Napoléon III. Noir’s grave and monument are located in the famous Pere Lachaise Cemetery, where many of Paris’ artists and performers are buried. The statue is unique because it depicts as if Victor Noir has fallen right after being shot, with his hat falling beside him. The monument is believed to have special powers of fertility. It is a common custom for women to visit the memorial to touch the statue’s genitalia or kissing the statue to help enhance fertility or to even fulfill a wish for a husband.

This vineyard is over 800 years old and is the last active vineyard in the entire city. This tiny area of land inside this vast city produces 27 different varieties of wine. Public tours are not permitted at the vineyard. However, visitors can get a great view of the small plot of land while walking the adjacent streets and see most of the greenery from that point. Every year in October, the vineyard has a harvest that occurs during a five day festival called La Fete de Vendanges, which takes place in the vineyard and  all around Montmarte.

This square in Montmartre is dedicated to French singer Dalida who lived in the Montmarte neighborhood. Dalia loved living in Montmartre very much. In this square, there is a bronze bust of the famed singer. The bust reflects the distinct look of Dalida. If you look  into the bust’s eyes, you will see the reflection of the Rue de l’Abreuvoir and in the far background you can see the Basilique du Sacre-Coeur. This idyllic place has trees, residences, and infield gardens surrounding it that give the square a private feel.  This secret spot is featured in the fifth episode of the Netflix series Emily in Paris.

Saint-Denis is the birthplace of Gothic architecture. It was one of the first European churches to transition from Roman architecture to the Gothic style. This cathedral is known for housing the tombs of nearly every French king from the 10th century through Louis XVIII in the 19th century. The cathedral has many stained glass windows that depict scenes from the life of Jesus Christ, and the upper windows of the nave represent Kings and Queens of France. The church is also full of sculptures of St. Denis, King Dagobert, King Louis XVI and Queen Marie Antoinette, plus many more.

Rue Mouffetard is located in the fifth arrondissement and is one of the oldest and liveliest areas of Paris. This area has many shops, restaurants, cafés, and a permanent open air market. The market sells fruits, vegetables, meat and fish from local farmers and resellers. Rue Mouffetard is mostly a pedestrian area and closed to traffic for most of the week. This hidden little area of the city is fantastic for relaxing and getting away from the hustle of the Paris streets. 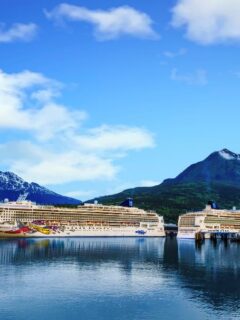 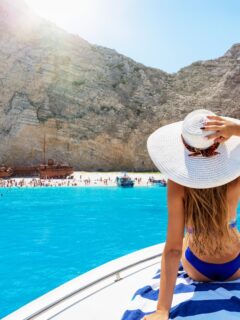 Next
Top 10 Destinations To Visit In Greece And Yes It's Open For Tourism!
Click here to cancel reply.

Charming cruise of 2h30 on the Saint-Martin canal, a haven of peace with shaded banks Departure from Paris Arsenal Marina near Bastille. From the old working-class neighborhoods of Parisian titis to boutiques and bistros at the forefront of new trends Passage of 4 locks, 2 swing bridges and under 1 underground vault Arrival at the Parc de la Villette: Cité des sciences, Géode, Cité de la musique.