The carrier American Airlines announced on Thursday that they will be resuming inflight alcoholic beverages sales starting on April 18 on domestic and short-haul international flights. On the same date the mask mandate for flights is set to expire.

Alcohol has been banned from economy class for almost two years due to passengers’ inappropriate behavior towards crew members and passengers. The decision to bring back beer, wine, and spirits comes after all other airlines lifted this restriction and travelers requested the service.

The airline confirmed in a statement: “Our customers have expressed that having these options onboard is important to their experience with us.” The prices for inflight alcohol in the main cabin have also been shared and are the same as before the pandemic: $8 for a beer and $9 for spirits—gin, rum, vodka, and whiskey— and wine. Snacks are also coming back and prices range from $4 to $6.

The first alcohol restriction started in March 2020, after that, only first-class had access to alcoholic beverages. Starting in April, passengers in Main Cabin Extra—a section with extra legroom— will receive free alcohol as they did before the restriction.

Other airlines had also banned alcohol sales during the pandemic but resumed services during the past few months. American Airlines has been the last carrier to return to inflight alcoholic beverages sales.

Many of these reports—which include verbal abuse and physical violence— were related to the mask mandate and passengers refusing to wear it. After this, the Agency implemented a “zero tolerance” policy and said fines could raise up to $35,000.

Last year, American Airlines was about to lift the non-alcohol sales mandate implemented in 2020, but decided to postpone this decision. Brady Brynes, the carrier’s Vice President of Flight Service, said in a memo in May 2021: “Over the past week we’ve seen some of these stressors create deeply disturbing situations onboard aircraft. Let me be clear: American Airlines will not tolerate assault or mistreatment of our crews.”

Brynes also added that they understand that customers and also crew members are eager to return to “normal”, but that they had to be cautious. He also told the staff:  “We also recognize that alcohol can contribute to atypical behavior from customers onboard and we owe it to our crew not to potentially exacerbate what can already be a new and stressful situation for our customers.”

Two years ago, Southwest Airlines was the first airline to implement the alcohol sales ban due to unruly behavior on March 18. After this mandate, American Airlines, United Airlines, Easyjet, Asia’s Virgin Australia, KLM, and Delta Airlines followed the lead. British Airways also suspended alcohol services but only for short-haul economy.

After prohibiting the sale of alcoholic beverages, the return of this service in recent months has been offered intermittently. In 2021 Southwest announced that they will resume selling alcohol during flights, but after a passenger physically assaulted a flight attendant, decided to extend the ban.

A spokesman from Southwest Airlines said: “We realize this decision may be disappointing for some customers, but we feel this is the right decision at this time in the interest of the Safety and comfort of all Customers and Crew onboard.”
Delta Air Lines resumed inflight alcohol beverages sales in April 2021—but made them more expensive— and United Airlines in November 2021. Southwest Airlines resumed alcohol sales on its planes in February 2022. American Airlines was the last American carrier to reimplement this service.

Several U.S. Airlines Have Added Flights To The Caribbean 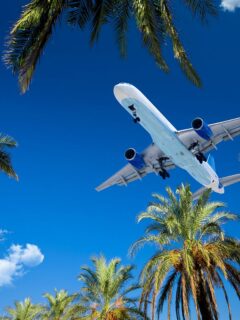 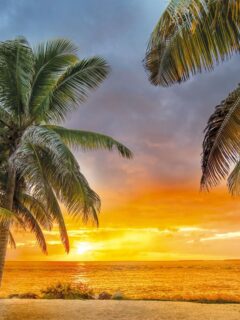 Next
Top 10 Beachfront Hotels In The Florida Keys
Click here to cancel reply.