Two New Caribbean Based Airlines Set To Launch Direct Flights From The U.S.

Two brand new airlines based in the Caribbean are set to launch direct flights from the U.S. Arajet and Coral Jet, which will be based in both the Dominican Republic and Bermuda respectively, each have their eyes set on the competitive Caribbean market, and could each see their inaugural flights taking off within months – though there is still a lot of work to be done behind the scenes in the meantime.

A region that’s incredibly popular for vacations from North America, cruise ship itineraries and travelers from around the world, the Caribbean has recently seen many of its countries on a campaign to remove several of their stricter Covid-19 related restrictions – meaning the new airlines could launch just as the demand for travel to the region picks up once more. Here’s a look at everything we know about the two airlines set to shake up the Caribbean travel sector.

The Dominican Republic has long since been a popular destination for American travelers, with more and more flight routes to the country’s various destinations having been added in recent months. Very soon however, American travelers are set to be spoilt for choice when it comes to deciding how to fly to the country, with the Dominican Republic’s own airline Arajet set to launch in just a few months.

Billing itself as the Caribbean’s first ultra low cost carrier, Arajet’s website promises travelers the best fares on direct flights to the country, with services scheduled to launch in May. Arajet clearly means business, having recently submitted an order for 20 Boeing 737 MAX aircraft just last week, and claims it will fly 43 routes – including 24 routes that are currently not served by other airlines.

According to reports, the airline will focus on serving Caribbean islands as well as North American markets that have significant familial ties to the Dominican Republic, with New York, Boston, Miami and Chicago earmarked as potential destinations. Inter-Caribbean flights are set to launch first, with flights to and from the US not expected to get underway until later on in the year.

“The Dominican Republic and the wider Caribbean region is underserved by low-cost airlines and passengers deserve a more affordable way to travel in our market. We believe Arajet is well-positioned to transform the Santo Domingo Airport into a modern, new hub for destination and connecting traffic. We are excited that our passengers will be the winners by paying the lowest fares while flying on brand new airplanes.”

Further behind in its development than Arajet but equally exciting is the new airline Coral Jet from Bermuda. The airline recently applied for its aircraft operating certificate and, whilst it is tight-lipped on its potential destinations for now, a recent job advertisement for pilots revealed that they would be “operating to Canada, United States, and the Caribbean,” suggesting that North America’s Caribbean connectivity is set to grow even further.

Aiming for a launch later this year, more information about inaugural flights, routes served and prices are set to be revealed once the airline secures its aircraft operating certificate. However, what we do know is that the airline will be using aircraft from the A320 family and will be operating out of L.F. Wade International Airport. 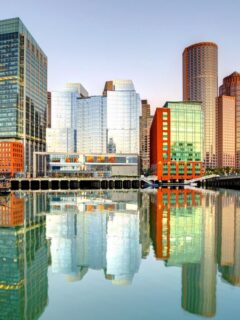 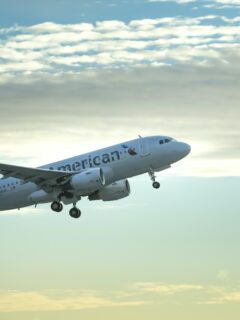 Even though countries are opening up again, I won't forget DR and Costa Rica for staying open and not falling to the WEF spell / larger narrative / endless vax/mask mandates. (Though CR briefly is at the moment until April with a QR code). Already been to Mexico and Turkey. DR and/or CR on the slate for next year.