American Airlines, the largest airline in the US, was forced to cancel and delay hundreds of flights over that past weekend, leaving thousands of passengers stranded at airports. Citing a mixture of different reasons, such as inclement weather and a shortage of staff available for the flights, American became the latest airline to issue mass cancellations, following in the footsteps of both Southwest and Spirit who also suffered the same fate over the past few weeks.

Passengers aren’t the only ones who lost out as a result of the pandemic, with many ground staff, cabin crew and even pilots finding themselves unemployed, causing major disruption to flights and schedules on several occasions. Here’s a look at American Airlines’ most recent spate of cancellations, and what steps other airlines have been taking to address the issue of a staff shortage in the US.

Whilst it’s true that travel figures overall are looking quite rosy – all things considered – the precarious nature of air travel at present means that it doesn’t take much to knock the whole thing out of sync – and that’s precisely what happened over the weekend for American Airlines. Strong winds caused flights to get in late at America’s Dallas-Fort Worth hub late last week, leaving the airline struggling to pay catch up as a result.

With pilots and other airline stuff not in the right place at the right times, American was forced to issue cancellations on top of delays, with American unable to call on other staff members due to shortages that all airlines across the US are struggling with. The eventual toll was significant, with as many as 1,900 flights cancelled over the weekend – with Sunday’s cancellations representing 20% of its total operations.

In order to minimize the disruption that travelers would face, American proactively cancelled hundreds of flights on Sunday to prevent more travelers becoming stranded at the airport. In a letter employees, the airline’s chief operating officer David Seymour said:

“To make sure we are taking care of our customers and providing scheduling certainty for our crews, we have adjusted our operation for the last few days this month by proactively canceling some flights.”

Seymour also added that American was able to place many of the affected travelers onto flights that departed on the same day as their canceled flights. American also faced some struggles today, with a spokesperson for the airline stating that they expected some residual impact from the weekend. However, the situation has improved significantly compared to Sunday, with far fewer flights canceled today.

American Airlines aren’t the only airline who have struggled with flight cancellations. The start of the month saw Southwest cancel around 2,000 flights, whilst Spirit Airlines also struggled with the same issue back in August, canceling thousands of flights. However, such occurrences could be set to be a thing of the past.

American Airlines revealed that their staff shortages are set to ease in the coming weeks, with many staff members returning alongside new recruits starting. Around 1,800 flight attendants will be returning to the airline between now and December, whilst 600 new hires are due to start working for the airline before the end of the year. 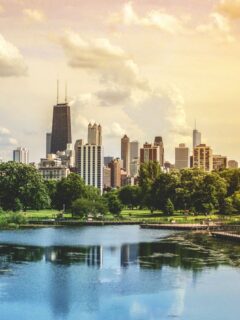 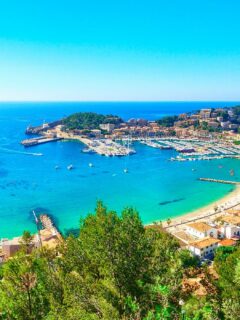 Shortage of staff? Should we be surprised? They won’t be able to solve their problems with forced vaccines, because many won’t take it.

In the case of bad weather, American followed the rules. There is no doubt AA could handle bad weather reroutes and delays better but alas this is standard Airline practice in the USA and many other countries. Where delays are the results of American Airlines controlled events then they are required to fulfill the specified steps. I would rather have a flight canceled than try to take off in unsafe weather such high winds or rain.

@Rich, it's obviously not because of the weather. Just like last time, the airlines didn't tell the truth. It's because of a huge shortage of employees because of vaccine mandates. Millions of American workers will be striking November 3rd but many started Friday because of the November 1st deadline. Expect almost no flights starting Wednesday. Travelers should cancel there flights before the 3rd or expect to get the ringer when calling in.