American Airlines has been forced to cut several flights planned for 2022 due to an aircraft shortage that will see them unable to fulfill all of their international route obligations. The move will see not only a reduction in the number of flights to popular international destinations, but it will also see some destinations disappear completely from American’s route map, a move that could come as a blow to lots of American travelers.

The news is bound to be hard for American Airlines to stomach, particularly with so many other airlines expanding their travel networks and with Americans starting to travel in greater numbers once more. Here’s a look at which routes are going to see their frequencies slashed in 2022, which destinations will lose connectivity with American altogether, and what the airline itself has to say about the news.

The decision to cut routes and frequencies has affected two continents – South America and Europe – that are popular travel markets with American travelers. Fortunately, South America will not see any routes completely cut by the airline, and will be affected by just a reduction in the frequency of flights. The South American cities that will receive fewer American flights are:

Five popular European destinations are set to lose connectivity with American completely. They are as follows:

Whilst American still flies to other destinations in Germany – such as Munich, Dusseldorf and Frankfurt – the other affected countries aren’t so lucky, and so travelers hoping to visit those destinations will have to find another airline to fly with.

Few exact details were provided by the airline, but it is also expected that American will be cutting the frequency of flights to the Asia-Pacific region. Hong Kong is one such destination that will see its route discontinued, with others that have remained closed to foreign travelers for extended periods likely to follow. The situation has also forced the launch of flights from Seattle to Bangalore, India, to be delayed until fall.

In an internal memo to employees, American’s Chief Revenue Officer Vasu Raja laid the blame squarely at the feet of Boeing. Raja said:

“Boeing continues to be unable to deliver the 787s we have on order, including as many as 13 aircraft that were slated to be in our fleet by this winter. Without these widebodies, we simply won’t be able to fly as much internationally as we had planned next summer or as we did in summer 2019.”

The delay in the delivery of Boeing 787 Dreamliners could see other airlines facing similar problems regarding routes. United Airlines are also a customer of Boeing, and have said that they are “working closely” with the company as they try to understand how they might be affected. In a statement, Boeing said:

“We deeply regret the impact to our customers as we work through the process to resume deliveries of new 787s.”

Boeing’s 787s have a range well above 10,000km and are capable of holding up to 336 passengers depending on the type of aircraft – making them ideal for intercontinental travel. With domestic travel looking like a popular choice of vacation in the wake of the new virus variant, most passengers are unlikely to be affected by the delay in delivery of the 787s, with other aircraft more suitable for short, domestic trips.

The Top 9 Christmas Markets In The U.S. To Visit This Holiday Season 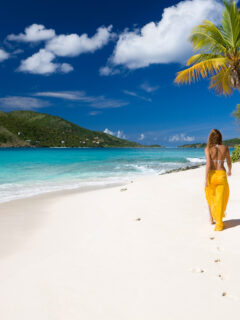 Previous
Six Of The Best New Direct Flights From The U.S. To Tropical Destinations 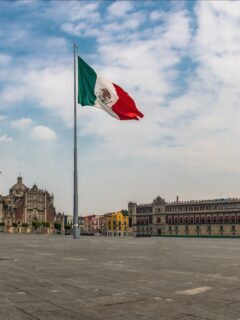 Can't believe American they cut all these flights but they sure the hell won't cut the price to fly, I did notice this morning the did drop their price to Cancun by $2.00 I better grab it before it's to late. NOT.