Spirit Airlines has set its eyes on a big expansion of operations through Philadelphia. The bright yellow airline has followed in the footsteps of several other airlines who have also recently revealed domestic and international route expansions, including Frontier Airlines and Breeze Airways. The expansion of their routes during the midst of a pandemic suggests that travel is still very much on the minds of American travelers, despite growing fears of the Omicron variant.

Also revealing its expansion plans is low-cost, intercontinental airline Finnair. The flag carrying airline of Finland has added yet another route to the US, just months after they announced similar such additions to their schedules, giving US-based travelers widened access to the travel hotspots of Northern Europe and Scandinavia. Here’s everything you need to know about the new routes from both Spirit and Finnair, including where they’re flying to and from which dates.

During a time where many established airlines have been forced to reassess and scale down their operations, Spirit Airlines seemingly didn’t get the memo. The airline has been extremely active during the pandemic when it comes to adding to their existing route collection. Just three weeks ago, the airline announced that it was adding 31 more routes to its catalog, including both domestic and international options – and even more are on the way.

Yesterday, the brightest aircraft in the skies revealed that it would be adding 7 new routes to its already burgeoning selection of offerings – each of which will be departing from Philadelphia – as it continues to fight for the ultra low cost carrier crown. Of the seven new routes, three of the flights are international, with the remaining four routes serving domestic destinations. Two of the new routes are also currently unserved.

In terms of international destinations, Spirit will be departing Philadelphia and heading for the discernibly sunnier climes of Puerto Rico, Jamaica and the Dominican Republic. Flights to Aguadilla, Puerto Rico, will begin on April 20th with four flights per week – with no competition with other airlines. There will be four flights a week to Punta Canta, Dominican Republic, starting from May 18th, whilst services to Montego Bay, Jamaica, will start on the same day with three flights per week.

Domestically, details of Spirit’s new routes are as follows:

“This is wonderful news for PHL, our passengers, and our region. In addition to offering more options to popular vacation destinations, Spirit will be the only airline at PHL serving Oakland and Aguadilla nonstop. This is especially important for our passengers wanting to visit friends and relatives.”

American travelers keen to fly across the pond were also handed a further boost with the announcement that Finnair are adding an extra route across the Atlantic. Finnair had previously added a handful of routes in Seli, and their commitment to serving the US-Europe market looks set to go from strength to strength next year.

Finnair will launch three direct flights a week from Helsinki to Seattle on June 1st, 2022. The flights will depart Helsinki at 17:55 on Monday, Wednesday and Friday, before landing at 17:40 local time the same day. The airline is also set to add to the frequencies of its flights from Stockholm to New York JFK and Los Angeles to four flights per week from May. 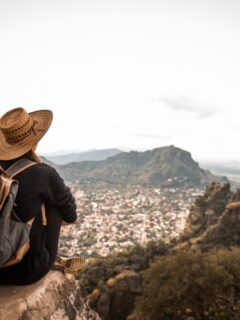 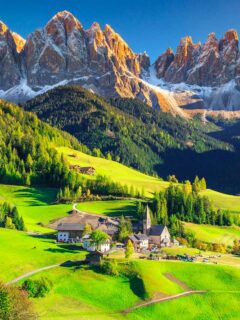 Next
Italy Tightens Restrictions For All Travelers And Residents During The Holidays
Click here to cancel reply.