Summer is already in full swing at American Airlines.

After resuming operations on this incredibly popular sunny destination across the pond, the U.S. carrier is now ramping up service to the Caribbean. More specifically, new flights are being added to Cozumel, one of the top rated beach areas in Mexico, and Montego Bay, Jamaica.

Additionally, the airline is launching non stop flights between the U.S. and a brand new destination in Jamaica this fall.

Having been forced to scale back during the darker days of Covid, American is now either resuming operations, or inaugurating flights in several markets. Being a personal favorite among Americans desperately looking for a bit of sunshine after years of being confined to their own country, the Caribbean is an integral part of the airline’s post-Covid strategy.

Here is everything you need to know about the new exciting offers:

Cozumel Only Two And Half Hours Away

Boosting service in the Southern U.S., American Airlines has just picked the prosperous hub of Austin as the departure point for two new flight routes linking Texas to the Caribbean. Now, Austin-based travelers will be able to fly to Cozumel in the Mexican Caribbean, and Montego Bay in Jamaica, with no stopovers in Mexico or elsewhere.

Prior to the announcement, Cozumel-bound vacationers normally faced long layovers in other airports, adding between two to six hours to flight time and resulting, generally, in 5-8 hours of traveling. Even though Texas shares a border with Mexico, flying to Cozumel could easily turn into a longer trip than going further away to Aruba or Costa Rica.

If you’re living in Austin and always had your heart set on Cozumel’s blue waters and paradise beaches, but until now had postponed your dream due to complicated logistics, American Airlines can now get you there within 2h30 hours. Service is available once a week on an American Airlines AA3625 flight operated by its American Eagle brand.

Flights depart from Austin every Saturday at 09:18, landing in Cozumel at 11:50. Returning home the following Saturday, Austinites can expect the aircraft to take off at 12:30 from Cozumel, arriving back in Austin at 15:01. As for Economy ticket fares, they can go as low as USD 170.00 one-way when booked in advance.

On the airline’s website, direct flights on this route can be booked up to August 13, at least as of June 15. We do not know, at this point, whether the offer is indeed limited, or American is planning on extending it beyond this date, but should Cozumel attain enough popularity among Austin residents, there is always a possibility availability could increase.

Besides Cozumel, American Airlines is adding service from Austin to one of Jamaica’s most sought-after destinations: the resort strip of Montego Bay, set to host a record number of arrivals this summer now that the island has dropped all Covid entry rules. Similarly to Cozumel, flights are set to depart from Austin (year-round) every Saturday, on an Embraer 175.

Taking off at 08:48, the AA3639 lands in Jamaica at 12:17 local time. As for the flight back, it is scheduled to leave Montego Bay at 12:57, reaching its Texas base at 17:05. With the joint announcement, Austin-Bergstrom Airport (AUS) and American Airlines are both providing Austin natives with more easy access to one of the Caribbean’s top destinations.

According to Jacqueline Yaft, Chief Executive for AUS, the airport is committed to ‘connecting Austin to the world’ now that the local demand for air travel is ‘as strong as it had ever been’. Indeed, air passenger numbers have soared in recent weeks across the United States, being poised to even surpass pre-pandemic levels in a matter of months.

Over in Jamaica, the Minister of Tourism also celebrated the news, recognizing Austin – and Texas as a whole – as an important market for his country, and affirming that the new non-stop flight will ‘complement’ American’s service out of Dallas/Fort Worth. The service marks the airline’s eighth international route from Austin, out of 40 in total.

Brian Znotins, the Vice President of Network Planning at American Airlines, suggested himself AUS may see further route expansions in the months to come, as they are ‘eager to continue building on’ their record growth in Austin.

This year will mark 45 years since the first American Airlines flights to Jamaica were launched, and in celebration of the landmark anniversary the carrier will inaugurate the first-ever flight route into Ocho Rios from Miami later this year. Starting in November, Americans will be able to travel nonstop to the resort town, located on Jamaica’s northern coast.

Outbound flights will be available twice weekly, on Wednesdays and Saturdays, with seating capacity between 76 and 88 passengers. Tickets can be purchased from the airline’s website, and those traveling in the fall are advised to plan their vacations in advance as demand is surging, leading to more limited availability and price hikes.

More information on the Ocho Rios launch can be found here.

Why A Cruise Is This Summer’s Cheapest Getaway

These Top 3 Tourist Destinations in The U.S. Have Become Covid Hot Spots 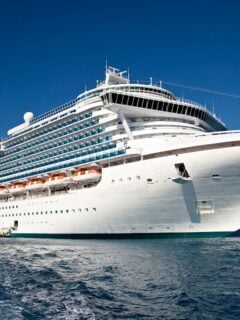 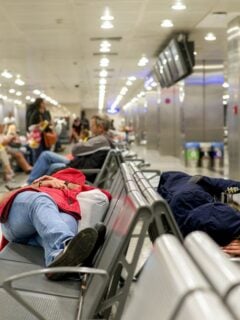 Next
These 10 U.S. Airports Have The Most Delays
Click here to cancel reply.