American Airlines has placed an order for supersonic jets in a move that could see flight times drastically reduced in the future. Despite American recently suffering through the travel chaos like other airlines – having to cancel thousands of flights that were set to run over the winter and fall periods – the airline’s order of supersonic jets shows that they are keeping an eye on the future of travel and have faith in the current travel issues becoming fixed in the near future.

American Airlines aren’t the only airlines in the United States to place an order for supersonic jets, becoming just the third airline to do so with their order just yesterday as the industry looks to be soaring forward into interesting times. Here’s a look at what we know about American’s exciting order, which other airlines have also thrown their weight behind supersonic jets and what travelers can expect from supersonic travel based on previous supersonic programs that were available.

Supersonic flights aren’t a new concept for the travel industry, but they are almost a forgotten one. The most famous example of commercial supersonic travel, Concorde, launched in the late 1960s before the program was retired following its final flight in November 2003. However, with the news that American Airlines have become the latest airline to pledge an order for supersonic jets, it seems a return to supersonic travel is just around the corner – meaning that there are exciting times ahead for travelers.

The jet in question, Overture, promises the offer speeds of up to Mach 1.7 when flying over water. Whilst this is slower than Concorde’s Mach 2.04 speeds, they are still set to be twice as fast as commercial aircraft that are currently in use today – meaning that flight times for travelers could be set to almost half should Boom Supersonic’s aircraft live up to their lofty expectations. However, it looks set to be a while before passengers will be able to fly on the new supersonic jets at all.

That’s because the aircraft is still under development, with Boom Supersonic recently unveiling a refined version of Overture that had completed some wind tunnel tests – but crucially it is yet to complete a test flight. The aircraft is expected to roll off the production line between 2025 and 2029, meaning passengers shouldn’t be expecting to break the speed of sound in the skies any time soon.

Yet whilst travelers might not be looking forward to a long wait to fly supersonic, it will give them ample time to save for a ticket. In the days of Concorde, supersonic flights were prohibitively expensive for many travelers, with flights between London and New York costing around $12,000 in today’s money, though it remains to be seen how modern supersonic flights will be priced. On top of the cost, travelers were treated with uncomfortable seats, small windows and extremely noisy flights – though it wasn’t all bad.

As one might expect, supersonic travel cuts down flight times by a considerable amount. Concorde’s record for a flight between New York and London was a staggering two hours, 52 minutes, and 59 seconds – less than half of the roughly 7 hours it takes on conventional aircraft today. Airlines are also bound to learn from the mistakes of the past, with passenger comfort and experience expected to be taken into better consideration. Whilst it might be a few years away at present, travelers have plenty to look forward to with the return of supersonic aircraft. 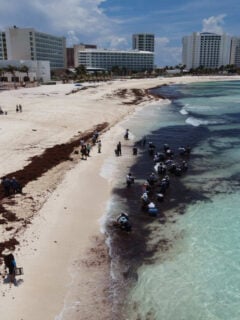 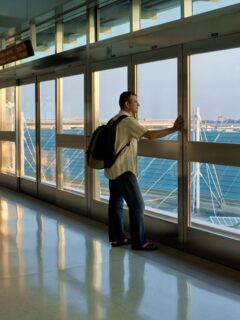 Next
Canada And Australia Tourism Suffering As Many Countries Setting All Time Arrival Records
Click here to cancel reply.

Good news. Let us see if BA try to mess it up in JBA.