Amsterdam To Ban Travelers From Its Famous Coffee Shops

Amsterdam is set to stun travelers who have plans to visit the Dutch capital by preparing to ban travelers from being able to visit its famous coffee shops. Whilst Amsterdam has a lot to offer travelers, with its scenic canals, galleries, and countless other cultural experiences, there are still many travelers who flock to the city in their droves to enjoy its relaxed drug laws in its quirky coffee shops – but if local politicians get their way, it could spell the end of such activities for tourists.

Whilst Amsterdam won’t be the first popular destination to introduce policies to tackle drug use and the anti-social behavior that comes with it, such a move could have negative consequences towards its tourism levels – and is already being opposed by some businesses in the city. Here’s a look at the proposed change, why it is being considered plus a reminder of the entry requirements of the Netherlands at present.

Whilst it may not be everybody’s cup of tea, research has shown that as much as 30% of all of the tourists that visit Amsterdam end up visiting a coffee shop for the purpose of purchasing and consuming cannabis, taking advantage of the laid back drug laws that have helped to put Amsterdam on the map for tourists of all types. However, this could all be set to change soon with changes planned by politicians in the city.

The plan was brought up once more by Amsterdam’s Mayor, Femke Halsema. Under the planned rule change, cannabis would be able to be purchased from the city’s 166 licensed coffee shops by residents only, leaving tourists unable to purchase it. Adding a residents-only rule to Amsterdam would see the city’s policy on cannabis match the policies of some other cities in the Netherlands.

According to Mayor Halsema, by limiting the use of coffee shops to local residents, many of the city’s problems will be solved. “Many of the major problems in the city are fueled by the cannabis market: from nuisance caused by drug tourism to serious crime and violence,” Halsema said, adding: “Banning sales to tourists is a necessary intervention… and a first step towards regulation.”

However, not every politician in the city agrees with the move. City councilors from three political parties are in talks to form a coalition to block the planned policy change. The groups argue that not only would such a change fuel the rise of illicit drug dealing by young people to fulfill the need for the drug, but that the city currently does not have enough resources needed to enforce and police such a change.

Whilst the news may be concerning for travelers, they needn’t worry too much just yet. This isn’t the first time that such plans have been made, with previous plans to introduce the policy in Amsterdam failing to get off the ground back in 2012. However, the pandemic has led to countries re-thinking their approach toward tourism, so it shouldn’t be ruled out completely.

In order to be able to visit the Netherlands at present, fully vaccinated travelers from the US, Canada and the UK do not need to present a negative Covid-19 test, but must complete a health declaration form prior to travel. Unvaccinated travelers who have recovered from Covid-19 within the past 180 days may also enter – more details can be found here.

Why This Norway Mystery Trip Should Be On Your Bucket List 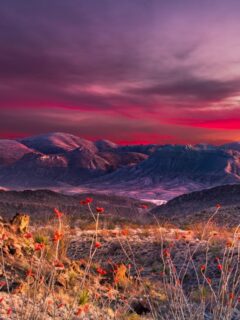 Previous
Top 7 Things To Do In Big Bend National Park 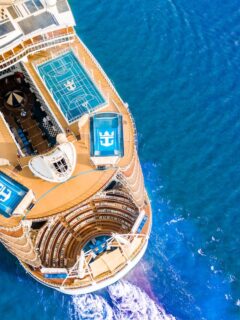 Next
The World’s Largest Cruise Ship Is Set To Sail in 2024
Click here to cancel reply.

so either 30% of the tourists will stop coming, or they will go through illegal ways to buy weed. Of course, Amsterdam has a lot more to offer than just weed, and to be quite honest, the "weed tourists" are a bit annoying, but they also make the city special. Banning them from buying the "drug" will just cause more problems. Stores will close, criminality will still exist, and most likely go up.

I would like to apologise on behalf of the Dutch community; sadly we have this politician (Femke Halsema) who loves to act as if every bit of criminality is caused by cannabis. Coffeeshops are not the problem. Tourists are not the problem. Politicians making rules on subjects they know nothing about are the problem. The reason why she keeps attacking the coffeeshops is because politicians like to create problems where there are none just so they seem to be busy while in reality they're getting paid for basically doing nothing. Honestly how can these politicians keep bitching about weed and not once blame alcohol?? Alcohol is basically hard drugs, especially compared with weed. Yet they like to act as if it's the other way around just so they can keep drinking themselves. I hope those hypocrites drink themselves to death, soon.

@Bas van Veen, Good for her. Marijuana is a dangerous drug and I'm glad she's cracking down on it. Good first step, in my opinion.

@Bas van Veen, I couldn’t have said it better.

These politicians of course won't admit to the real problem because it's too controversial to talk about in clown world. It's easier to blame it on the "tourists" then the "Europeans" who have skyrocketed crime from the UK all the way to Sweden.

Lol sure, forbidding a couple of tourists to smoke pot in a coffee shop is going to solve their crime issues. Fresh out of the politician's handbook "can't solve problems to save your life, just blame it on others". Idiots.

They're setting up a system of full-out totalitarianism. Everything will be monitored, our economic status will decide where we get to go and stay. Never thought I'd see Amsterdam like this. But it is close to the EU and the EU is the global center of Totalitarian dictatorships.

@Daz, The Dutch people need to be careful, they are controlled by the Germans and if Germany want totalitarianism, the Dutch governments will follow them! Be careful Dutch people, your government does not have your back!

@Daz, i disagree. Allowing marijuana use legaly even for residents is still way more liberal than in most of world's countries. It is a step back, but a steo back from way ahead. And that steo back is still way ahead of other european or world countries