Amtrak announced yesterday that it will be canceling all of its long-distance train routes in the United States – with the decision to do so effective immediately. The cancellation of the long-distance routes comes following the potential for strike action by the freight and railroad unions, which would have a significant impact on the rail company’s ability to carry out its planned journeys and would lead to significant disruptions across the rail network.

This isn’t the first time that industrial action has threatened to cause an upset to the travel plans of people across the country, with airline strikes over the past few months also causing many travelers to re-think their vacations as workers fight for better pay and working conditions. Here’s a look at what we know about Amtrak’s decision to cancel all of its long-distance train routes, including which routes are affected when things will be back to normal once more and what the company has had to say about the situation.

Amtrak has made the decision to cancel all of its long-distance rail routes that were scheduled to depart today (15th September) due to the potential strike by freight railroad workers. Whilst Amtrak workers are not involved in the strike themselves, the rail company’s long-distance routes operate on tracks owned and operated by freight railroads. This means that there would be a chance that inter-city trains would be unable to reach their destinations before strikes began, forcing Amtrak to cancel all of the routes.

The railroad companies and railroad unions have been in a dispute over pay and working conditions. A deal has yet to be secured, which is why there is a chance that large-scale strike action will be taking place on Friday. Not only will long-distance routes be affected, but they would also have a significant impact on the delivery of drinking water, energy and other goods across the country. As of yet, there is no word from the company about when they expect the long-distance routes to be operating as normal once more.

These are the current long-distance routes operated by Amtrak that are set to be canceled, effective immediately, as a result of the looming strike action:

However, long-distance routes aren’t the only ones that are set to be affected. The following state-funded routes are also set to be impacted by the potential for strike action are as follows:

Capitol Corridor in California; the Amtrak Cascades between Washington and Oregon; the Heartland Flyer connecting Oklahoma City to Fort Worth; the Pacific Surfliner in Southern California; the Piedmont train in North Carolina; the San Joaquins in California’s San Joaquin Valley; as well as trains in Illinois, Michigan and Virginia.

Thankfully, not every route is set to be affected by the strikes. The corridor that runs between Washington D.C. to Boston – which is the busiest rail corridor in the US – is set to be unaffected by the action as Amtrak owns the tracks. However, with the majority of the 21,000 route miles served by Amtrak operating on tracks owned by freight railroad, more disruption could be on the cards in the event that a deal for the unions isn’t secured.

In a statement addressing the situation, Amtrak said:

“While we are hopeful that parties will reach a resolution, Amtrak has now begun phased adjustments to our service in preparation for a possible freight rail service interruption later this week. Such an interruption could significantly impact intercity passenger rail service, as Amtrak operates almost all of our 21,000 route miles outside the Northeast Corridor (NEC) on track owned, maintained, and dispatched by freight railroads.” 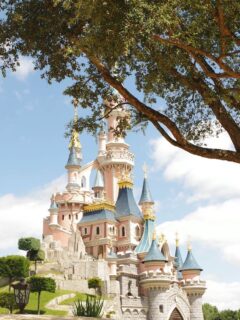 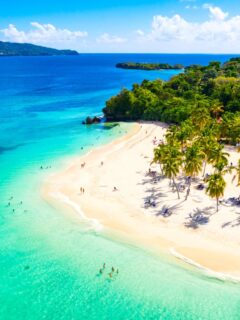 Next
Dominican Republic Sets New Tourism Record And Now Has Over 100 All Inclusive Resorts
Click here to cancel reply.