Austin’s ongoing airport expansion will soon bring more flights to its already bustling terminal. In addition, Austin residents as well as those looking to visit the quirky city will gain a slew of new domestic routes and even some new international options.

Demand at Austin airport is booming

Austin is currently the third busiest Texas airport after Dallas and Houston, with more than 500 daily flights a day to more than 70 destinations around North America and Europe.

Despite Covid-19 and the global pandemic, the Austin airport recorded a record number of passengers during the week of Thanksgiving, totaling 284,198 travelers. It also broke its single-day record during a Formula 1 event this past fall, where the airport estimated 35,000 people passed through the airport on a single day.

As a record number of California residents have been moving to Austin, they are bringing with them a massive demand for both domestic and international flights.

With the rapidly growing number of passengers and the increase in new routes for many airlines, the airport is planning a large expansion to be finished in 2040, which would add 66 gates and an additional North Terminal.

Though due to events such as Covid-19, this expansion appears to be put on the back-burner — at least for the immediate future.  The airport is switching its focus to more pressing issues that can directly impact the immediate demand they are experiencing, such as the newest addition of a fourth TSA checkpoint within the airport. This added security screening will help the growing number of recent travelers passing through security checkpoints — helping to alleviate any delays or stress from long, winding lines. The new location is found at the center of the Barbara Jordan Terminal in between Checkpoints 1 and 2.

This comes on the heels of Allegiant Airlines, the Las Vegas based low-cost airline setting up a new $75 million expansion hub at the Austin airport. With this new hub, Allegiant has added nine new routes this past November to destinations such as:

The Dallas-based low-cost airline Southwest Airlines has recently announced many new flight routes to and from Austin beginning in the spring, as well as American Airlines. Beginning on January 4th, American Airlines will be adding a direct flight from Austin to Albuquerque, New Mexico. Also, what were once just seasonal flights, will soon become year round from Denver to Austin beginning in the spring of this year. Saturday flights to Aspen will also become a daily occurrence between the months of March and April.

American Airlines is also looking to appeal to passengers with the added addition of an all new Admirals Club located in the Austin-Bergstrom airport. This private lounge will include seating for more than 250 travelers and will span 15,000 square feet, making it one of American Airlines largest clubs. The lounge will reflect the city’s love for all things music, with various local musicians performing live for travelers.

Lastly, KLM Royal Dutch Airlines, the Netherlands-based carrier is looking to add, for the first time, a direct flight from Austin to Amsterdam. This flight is set to begin this coming spring, just in time for tulip season. This route was originally scheduled to begin back in 2020, but was ultimately delayed due to the Covid-19 pandemic. This flight is finally ready to take to the sky on March 28th, 2022.  The new route is scheduled to fly three times a week on Mondays, Thursdays, and Saturdays between the two cities. This will give Austin passengers another direct flight option to Europe, in addition to the Austin/London route that is currently being offered by British Airways.

Just a note, the Netherland’s rules for Americans have changed as of December 22, 2021. Travelers from outside the EU/Schengen area must have proof of vaccination or proof of recovery from Covid-19 — as well as proof of a negative Covid test no older than 48 hours before flight if it’s a PCR test OR 24 hours if it’s an antigen rapid test. In addition, travelers coming from areas deemed “very high risk” (which includes the United States) must self-quarantine for 10 days upon arrival (unless a negative test result is received on day 5). 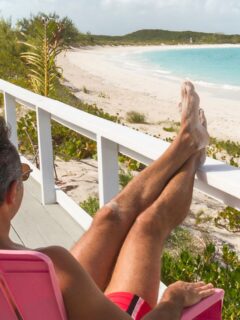 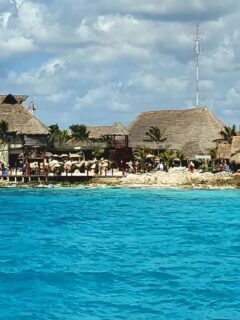 Next
First-Ever Direct Flights Launched From The U.S. To Chetumal
Click here to cancel reply.