Southwest is ramping up even more flights just in time for summer. Travelers can now book flights with the airline until September, and some new and resumed routes are on the itinerary.

The U.S. low-cost airline released its updated summer schedule on Thursday, which allows travelers to book flights on Southwest through September 5. Among the updates include 3 new budget-friendly options and a total of 38 previously suspended flight routes.

New Low-Cost Flights To Summer Destinations In The U.S.

Starting June 11, Southwest will offer weekly routes on Saturdays between Austin, Texas to Cozumel; Nashville to Portland, Maine; as well as Denver to Eugene, Oregon.

Whether it’s a New England getaway by the beach, a cultural tour of Oregon’s second biggest city, or week-long cruise in Cozumel, these new flight routes offer new summer vacation opportunities with the airline.

With these new routes, travelers can also explore the two live music capitals in the country, Austin and Nashville. A summer getaway to Denver means ample hiking opportunities, paddle boarding on the Chatfield Reservoir, and free live jazz on Sundays at Denver’s City Park.

Along with some new summer routes, Southwest is resuming 38 previously suspended domestic and international flights starting in June.

From June 5, travelers will be offered direct flights between:

And from June 11, Southwest will resume weekly flights on Saturdays between:

On top of this, Southwest will be ramping up its weekly service between Austin and Cabo San Lucas; San Antonio and Cancun to daily flights beginning June 5.

For the full list of updated flight routes, head to the Southwest Airlines Newsroom.

Just last week, the airline announced an expansion of its flight schedule for travel bookings through June 4th. Updates included 15 new flight routes to destinations throughout the U.S. and one new daily flight route between Fort Lauderdale and Havana, Cuba.

Five Routes Getting Cancelled In June

Along with these new and resumed routes for the summer, Southwest also plans to cut 5 flight routes starting in June. The cancelled routes include:

Southwest Among Other U.S. Airlines Ramping Up Service For 2022

In recent weeks, a number of U.S.-based airlines have announced an increase in services for the upcoming year. Just this week, Frontier and American Airlines announced their new flight services to the Caribbean starting early 2022.

Top 12 Tropical Destinations To Visit In 2022 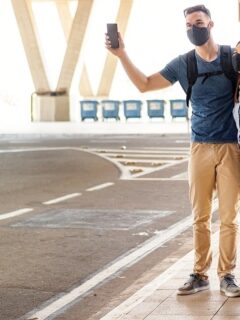 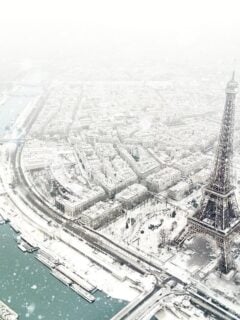