Travel from all Australian states and territories to New Zealand has been suspended due to rising cases of the Delta variant.

Just a month ago, it looked like the travel situation around the world was brightening up. Not only were countries beginning to roll back their domestic Covid-19 restrictions, but progress was also being made on the international front, with more and more countries electing to open their borders and restart tourism once more.

However, the picture at present is, unfortunately, more negative than this time last month. Not only have countries begun to put into place more restrictive travel policies, but the travel bubble between Australia and New Zealand has popped – calling into question the viability of travel bubbles as a solution to travel during the pandemic. Here’s everything you need to know about this story.

Given not only the relatively close proximity between Australia and New Zealand but the shared cultural connections too, there’s little surprise that as many as 1 in 10 Australians choose to visit their continental neighbors each year. With the level of traffic between the two countries being so considerable, a solution needed to be found to ensure safe travel between the countries could continue – and that solution was thought to be a travel bubble.

On April 18th, the travel bubble between Australia and New Zealand got underway, allowing travelers to move from “green zones” in Australia to New Zealand without having to quarantine. Over the past few months, the travel bubble has been expanded to allow more cities to participate, but it has also been fraught with suspensions, with both countries happy to pull the plug after just a handful of cases.

No stranger to abrupt suspensions, the last interruption to the travel bubble came just a few weeks ago, when New Zealand opted to delay the reopening of the bubble with the Australian state of New South Wales (NSW). Despite this hiccup, the bubble was still open for the rest of the cities involved in both of the countries, and it was still considered a safe way to travel between Australia and New Zealand. However, it was announced today that travel from all Australian states and territories to New Zealand will be suspended.

The decision to suspend the travel bubble comes after Australia has struggled to contain an outbreak of the Delta variant, which has spread through several states despite lockdowns designed to prevent the spread. Whilst only 158 new cases were recorded yesterday, that figure is the highest number of new cases that the country has recorded since August, and both New Zealand and Australia are treating it very seriously.

New Zealand’s Prime Minister, Jacinda Ardern, said that the situation in Australia means that the health risk to New Zealanders is growing, and that the decision to pull the plug on the travel bubble as a result of the risk was not taken lightly. Addressing the decision, New Zealand’s Covid-19 Response Minister Chris Hipkins said:

“Given the high level of transmissibility of the Delta variant, and the fact that there are now multiple community clusters, it is the right thing to do to keep Covid-19 out of New Zealand.”

The suspension of the bubble has called into question the long-term viability of travel bubbles as a travel solution. Countless hours go into the research and establishment of such programs, and proposed travel bubbles linking the two Oceanian nations with other countries in Asia now look further away than ever. However, Prime Minister Ardern reaffirmed her commitment to the bubble, stating that she wanted it to resume – so this may not be the last we see of it.

Important Tips For Your First Trip To Iceland 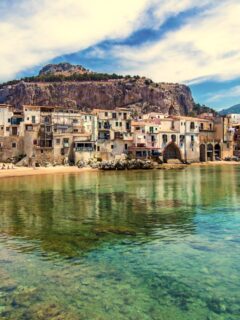 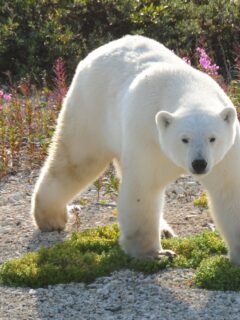