Australia Will Keep Borders Closed Until The Middle Of 2022

Compared to this time last year, travelers have more options when it comes to traveling, due to a general reduction in the number of Covid-19 cases around the world and the creation of the vaccine late last year. However, as countries around the world slowly begin to open their arms to foreign travels, one place that looks set not to receive them any time soon is Australia.

The Land Down Under looks set to be off-limits until mid-2022 at the earliest, following comments made in an interview with the country’s trade minister. Here’s a look at the Covid-19 situation in Australia, and how their policy has been viewed by those in the industry.

Closed Until 2022 – Information For Travelers

Australia has had its borders closed to the outside world for well over a year now, and those borders don’t look like they’ll be opening to travelers any time soon. Australia’s Trade, Tourism and Investment minister Dan Tehan revealed that whilst there is no set date for the country’s reopening, his best guess as to when it would lower its entry restrictions was “the middle to the second half of next year,” before adding that things can, of course, change.

This was a view that was echoed by the country’s Finance minister, Simon Birmingham. Speaking about a date for potential reopening, Birmingham said “It’s very hard to put a precise timeline or indicator on it because there’s a range of factors again that will influence that.” Birmingham went on to add that the situation in India has raised questions about the effectiveness of vaccines, which will be taken into consideration when drawing up a policy on reopening.

Australia had hoped to have vaccinated most of its population by October of this year, but the complications that have dogged the AstraZeneca vaccine have delayed the inoculation campaign, meaning it will not be completed until 2022. This is bound to have had an impact on the reopening of the country, as even countries further along on their vaccination roadmap, such as the UK, are remaining cautious when it comes to re-opening.

The ministers’ comments will prove to be a blow for the ailing travel and tourism countries in the country, who had their hopes pinned on an earlier reopening. Qantas had originally set a target of October 31st for the resumption of overseas routes, which looks unlikely to happen now given the development of the situation. A spokesman for Qantas said the airline was planning to stick to this date, but it could be pushed back to a further date if necessary.

Travel Bubbles To The Rescue?

One solution to the issue of safe travel to Australia could come in the form of travel bubbles. Australia is no stranger to the concept – a travel bubble with New Zealand has been underway since April 18th, which was a successor to a previous New Zealand travel bubble that was closed due to a spike in cases.

Should Australia continue with their insistence of not fully reopening for international travel, it seems travel bubbles will be the most likely alternative. Transport minister Dan Tehan said that he hoped his country would be able to set up more travel bubbles and see more travel being undertaken – so a trip to Australia in the coming months might not be fully off the table yet. 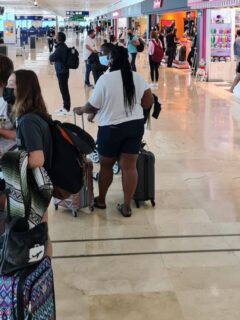 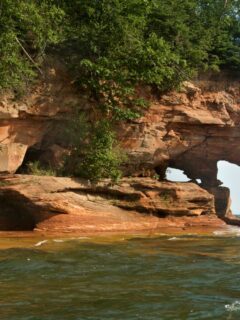 Typical overprotective nanny state Australia. I’m an Australian citizen but left 10 years ago and will never live in Australia again.

The government is way to overprotective and controlling of its citizens. They even recently made it a criminal offence with jail time and $66,000 fine if an Australian citizen in India returns back to Australia. Unbelievable.

Australia used to be a great place up until the 90’s but then it went to shit. I will never live there again.

I agree with all . The paranoia in NZ and Australia is outa control. They will have to learn to Live with the virus as it isnt going away..Im a New Zealander waiting to return to NZ. 4 months wait for quarantine booking..

This is not about a virus or public health. Nobody should be talking about a story like this in that context.

They lost all senses down there. Covid never gonna disappear like other diseases. Good I never was intrested to go there. Seems the population even agrees.