Keeping up to date with which countries are reopening can be tricky business, but some countries have remained steadfastly consistent in their approach to handling the pandemic. For better or worse, some countries are more committed to easing restrictions at the earliest opportunity than others and, in Australia’s case, their stubbornness led to a legal challenge to restart outbound travel.

However, with news emerging that the legal challenge has failed, it looks as though Australians won’t be heading anywhere soon. Here’s everything you need to know about this story, and a closer look at Covid-19 in Australia.

Covid-19 in Australia – Information for Travelers

Australia’s response to the pandemic has been typified by swift, decisive actions to the smallest of Covid-19 flare-ups. The country’s commitment to locking down regions after a handful of cases might have seemed excessive at first, but has led to life on the streets of the Land Down Under looking like pre-pandemic regularity. Australia’s highest daily case figure never rose above 800, whilst the current daily average sits at a mere 12 cases.

Their strict approach also extends to their borders. As country after country begins to slowly peel back the restrictions surrounding international travel, it seems Australia didn’t get the memo. Other than a successful travel bubble with New Zealand – which sees travelers fly between each country without needing to quarantine – travel out of Australia is pretty much non-existent, leading some groups to take to the courts in order to try and change this policy.

Starved of flying to popular holiday haunts such as Bali or Bangkok, the outbound travel ban imposed by health minister Greg Hunt has been a source of frustration for many Australians. However, as well as being frustrating, there’s one group that felt Hunt implemented to ban without actually wielding the power to do so – and so they issued a legal challenge.

The thinktank Libertyworks issued its legal challenge in December. Their main argument centred around their interpretation of the Biosecurity Act, believing that the health minister only had the power to stop an individual from leaving Australia, not the whole population.

Speaking of his motive for the challenge, president of Libertyworks, Andrew Cooper, said:

“There are tens of thousands of people who wish to go overseas and can’t get an exemption due to the illiberal interpretation of this piece of legislation. There is no argument that someone going overseas impacts the health of remaining Australians in Australia.”

However, the group lost their challenge on the 1st of June, as the federal court unanimously rejected their bid to get the ban overturned. The court’s actions make it the fourth rejected attempt to alter Australia’s Covid-19 restrictions, with previous challenges to lockdowns and the travel ban from Australia also being rejected.

Despite the strict restrictions remaining in place, it is still possible for some Australians to leave the country – though this may not be the case for long. As many as 130,000 Australians have managed to get through their borders and out of the country, using reasons such as weddings and athletic meets to do so. However, the premier of Western Australia Mark McGowan has called for a crackdown on travel exemptions, meaning there could be even fewer Australians leaving the country in the coming months.

Countries Without Any Travel Restrictions Or Entry Requirements 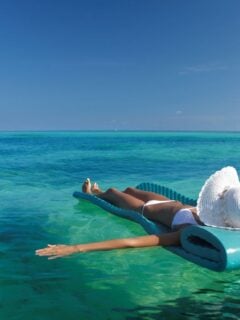 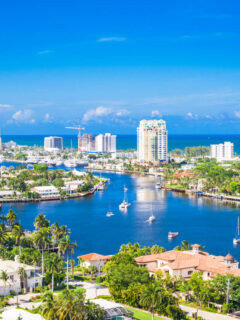 Lol at these clowns.