The low-cost startup airline Breeze Airways is launching eight new non-stop flights bound for Las Vegas, in a move that is bound to be anything but a gamble. The Entertainment Capital of the World has long since been one of the most popular destinations for both domestic travelers and international arrivals since it started hosting major stars way back in the 1950s, and the eight new direct flights are bound to make visiting the city of lights and all of its shiny attractions simply a breeze for thousands of travelers residing across the United States.

The latest of several airlines large and small across the United States to announce new domestic flights, staying within the country could just be one of the best ways to enjoy a vacation over the next few months as travel chaos shows no sign of slowing down any time soon – both in the U.S. and around the world. Here’s a look at everything we know so far about Breeze’s new flights to Vegas, including where they’re flying from, which aircraft will be serving the routes and how much travelers can expect to pay.

Headquartered in Utah, Breeze was one of several plucky airlines to begin its operations in the midst of the global pandemic last year. Yet rather than struggle throughout the uncertainty that has plagued the travel industry, Breeze has gone from strength to strength since commencing its operations. The low-cost airline has been prolific in its announcements of new flights, putting on its first flights to New York back in April – coming after the airline announced a whopping 35 new routes in March of this year.

Many of the new routes take on a distinctly East Coast flavor. The airline will fly a twice-weekly offering between White Plains, New York and Las Vegas, starting on September 18th with flights scheduled on Thursdays and Sundays. For travel between September 20th and August 1st, travelers can take advantage of the promotional price of $99 one way. There are also Thursday and Sunday flights from Jacksonville, Florida to Vegas, starting on September 8th and costing $122 one-way for travel between November 1st and February 14th.

Flights between Hartford, Connecticut and Vegas start on September 7th, leaving on Wednesdays and Saturdays. For this route, travelers can look forward to a promotional price of $69 one-way for travel between October 26th and February 14th. South Carolina will also benefit from twice-weekly flights to Vegas. Starting on November 3rd, these will depart on Thursdays and Sundays, and are available now at a promotional price of $99 for a one-way ticket between November 3rd and February 14th.

Ohio is also getting in on the act. Breeze has added new flights from Akron-Canton to Sin City that will start on October 6th. These will depart on Thursdays and Sundays, and will launch with a promotional price of $159 for a one-way flight between November 1st and February 14th. Finally, there’s good news for travelers in the West – Breeze will be launching a bumper four flights per week from Provo, Utah, departing on Mondays, Thursdays, Fridays, and Sundays. These are available at a super low promotional price of $29 for a one-way flight for those looking to travel between October 26th and February 14th.

Each of the eight new routes will be served by Breeze’s shiny new Airbus A220 jets, which also have first-class seating available. Comfortable and modern, the Airbus A220 is kitted out with features such as USB ports, a seatback phone stand, and adjustable headrests – which aren’t to be sniffed at when it comes to flying on budget airlines. Breeze tickets come in three categories – Nice, Nicer and Nicest – which provide passengers with the option to pay more for features such as extra legroom, checked bags and snacks on board. 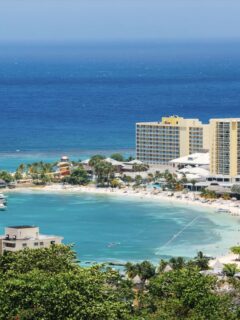 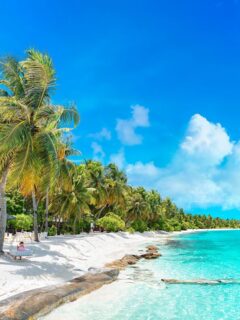 Next
Caribbean Destinations With No Restrictions This Fall & Winter
Click here to cancel reply.