Breeze Airways is set to launch its first flights to New York, along with several other new routes, as it looks to expand its overall destination offerings. The new airline, which launched just last year at the height of the pandemic at a time when other airlines were struggling to stay afloat, made the announcement of its new routes just yesterday, with the first additions to its flight roster set to start in just a few weeks.

In announcing the new routes that it will be serving, Breeze looks to be continuing on with its mantra of serving destinations that are often overlooked by other, more established airlines in the US.

Here’s a closer look at all of the new routes that the airline has added, including which aircraft will serve the routes, how much travelers can expect to pay and how often the flight frequencies will be.

A newcomer to the US aviation industry, Breeze Airways began its operations in May 2021, and has grown on a rapid trajectory ever since. Since launching, the airline has added new, low-cost flights across the country on several occasions, firmly establishing itself as a good option for travelers in the US and rubbing shoulders with other larger airlines. This week, Breeze has announced several more new routes, showing that the sky’s the limit for the plucky airline.

Most of Breeze’s new routes that were revealed this week are from Westchester County Airport in White Plains, New York. Located just 30 miles north of Manhattan, Westchester County Airport offers travelers based in and around New York a convenient and accessible airport to fly from, with commutes to larger airports such as JFK or Newark often proving a chore for travelers to get to and fly from.

Here are the new flights Breeze is set to launch:

This year is set to be big for the airline as they continue to establish themselves in the market. Not only is their total number of routes expected to nearly double throughout the year, but the total number of aircraft in their fleet is expected to rise from 13 to 30, opening up the possibilities for further route expansions in the future.

What makes Breeze different from other airlines?

Breeze is trying to keep things super flexible for passengers, allowing cancellations or rebooking up to 15 minutes before takeoff, without any penalties.

They’re also planning to keep their booking app as easy and straightforward as possible, to make it faster to make bookings and easier to understand the level of service customers are receiving.

Most of the flights will be on state of the art Airbus A220-300 aircraft, which will be split between 80 “Nice” class seats, 10 “Nicer” class extra legroom seats and 36 “Nicest” first-class seats. Breeze has placed a significant order for 80 of the aircraft, with one delivery expected per month that will see them with 13 A220-300s by the end of the year. Those new flights that won’t be serviced by the A220 will see Embraer jets used instead. 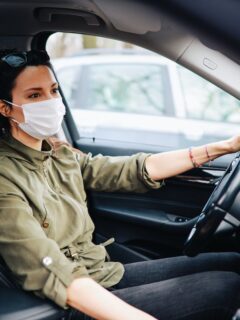 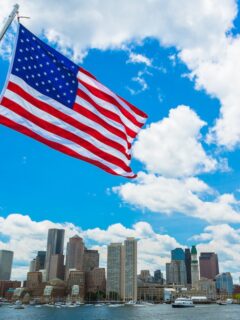 Next
This Is The First Cruise Ship Terminal In The U.S. To Remove Its Mask Mandate
Click here to cancel reply.