Air travel is continuing to ramp up in 2022. From new sunny destinations to local favorites, here are some of the latest flight routes from the US and Canada just announced this past week.

Dreaming of Havana after a two-year closure? Salsa nights and sunset mojitos might be closer than you think. Southwest recently announced that the airline will be ramping up daily flights between south Florida and Cuba’s iconic capital city, on top of a number of new round-trip flight services along the west coast and the islands of Hawaii.

Vancouver and Montreal to Dublin, Ireland

After a two-year hiatus, direct flights between the Canadian cities of Vancouver and Montreal and Dublin, Ireland are back starting in June.

The direct flight services will be on the national airline of Air Canada. Services between Montreal and Dublin will begin on June 2, with flights operating three times per week. Flights between the west coast city of Vancouver and Dublin are scheduled to launch from June 3 until September 30, with services four times per week. You can see more information and more details about the flight departure times here.

These new routes add to the already impressive route system Breeze has in place, especially since the airline is only one year old.

A new flight route is scheduled to launch between the Big Apple and the Caribbean island of Tobago this spring.

According to local reports, this will be the first time in years that there will be direct flight services available between the continental United States and the island of Tobago.

On Saturday, April 16, United Airlines finally resumed its popular flight route between Los Angeles’ LAX Airport and London’s Heathrow after more than a two-year break. Daily flights depart for London leaving LAX at 5:10 p.m. and flights from London to Los Angeles are scheduled at 4:15 p.m.

The resumption of this flight route is big news, as its one of the major connections between the US and Europe.

Canada’s sunny vacation airline Air Transat has relaunched its popular flight route between Toronto Pearson Airport and Amsterdam. Flights are currently scheduled to depart four times a week, as travel demand for Europe ramps up for the summer months.

The airline also recently announced that it will be adding a new flight route between Montreal and Amsterdam. This new route is scheduled for three times per week starting in May of this year until October.

Flight services between the two popular destinations of Lima and Miami are currently scheduled to depart five times per week, with services ramping up to daily flights beginning in August.

After over a year of negotiations, Delta Air Lines was finally given the go-ahead to begin flight services between its home city of Atlanta and South Africa.

The new flight service will depart from Atlanta to Cape Town, via Johannesburg. While there is no exact date set at this time, the airline plans to launch the new route in November 2022, with flights departing three times per week.

US-based budget airline Allegiant announced this week that it will be launching a new flight route this month between Sarasota, Florida and Austin, Texas.

Flights are scheduled to begin on Thursday, April 21, with twice-weekly services offered between the two cities. The new route will operate on Wednesdays and Saturdays until at least the end of the year.

In another big announcement from Air Transat this week, the airline will be launching direct flights between Toronto and the Caribbean destination of Cartagena starting in December of this year.

Canadian travelers can enjoy flight deals for less than $600 round-trip between Toronto and Cartagena, making for an ideal sunny winter getaway. 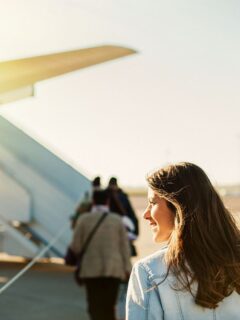 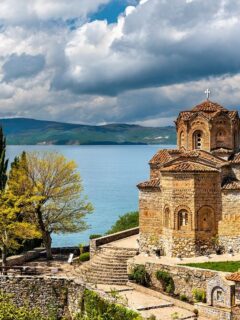