This Is The First Cruise Ship Terminal In The U.S. To Remove Its Mask Mandate

With passengers officially no longer required to wear a face mask on planes and in airport terminals throughout the United States – this cruise ship terminal has become the first in the nation to remove its mask mandate.

There has been some confusion following the announcement that a federal judge in the state of Florida had overturned the U.S. government’s mask mandate for public transport – with there being some uncertainty when it comes to the requirement to wear a face mask on board cruises, or at cruise ship terminals.

You can check out some of the other questions that are frequently being asked by travelers regarding the termination of the mask mandate for public transport by clicking here.

Which Cruise Ship Terminal Became The First To Remove Its Mask Mandate?

The first cruise ship terminal to remove the requirement for individuals to wear a face mask when inside its terminal buildings is Flynn Cruiseport in Boston, Massachusetts.

The port – which is the main port for cruise ships in the city of Boston – revealed the news yesterday (20 April), stating that masks are now “optional” and that “the Transport Security Administration (TSA) no longer requires face masks” at cruise terminals, as well as “on Massport operated buses”.

Flynn Cruiseport – which is just a short drive from Boston Logan International Airport – welcomes huge numbers of passengers each year – with some of America’s biggest cruise ship companies, such as Carnival, Royal Caribbean, and Norwegian departing to – and from – the port.

So, Are You Still Required To Wear A Face Mask At Other Cruise Ship Terminals In The U.S.?

At this moment, Flynn Cruiseport is the only cruise ship terminal to have publicly announced that face masks are no longer a requirement at their premises – and it is up to passengers whether they choose to wear one or not.

Up until now there has been no other American-based cruise ship terminal that has made the same statement.

However, the U.S. Coast Guard – which is responsible for law enforcement and safety at sea throughout the United States of America – has recently released a statement regarding the legal requirement to wear face masks when in the cruise ship environment, which said:

“On April 18, 2022, the US District Court, Middle District of Florida, vacated the Centers for Disease Control and Prevention (CDC) mandate for mask wear in airports, train stations, and other transportation hubs as well as on airplanes, buses, trains, and most other public conveyances in the United States, including vessels.”

The U.S. Coast Guard also stated that it will no longer “enforce the directives requiring mask use on public transportation and in transport hubs”.

Face Masks Are Still Required At Other Cruise Ship Terminals

Although the TSA’s mask mandate for public transport is no longer in effect, this does not mean that you can no longer wear a face mask when inside the terminal buildings of other cruise ports around the United States.

And, in fact at this time there are still rules relating to mask wearing being enforced at major cruise ship terminals around the nation.

For instance, Royal Caribbean at this time requires face masks to “be worn at the cruise terminal during the boarding and screening process, as well as during disembarkation.”

The same rules apply with Carnival Cruise Line – which currently require passengers to wear a face mask “during the entire embarkation and debarkation process (at the home port and port of call).”

However, following the above recent statement by the U.S. Coast Guard it is expected that other cruise ports will follow suit with the Boston-based Flynn Cruiseport, and indeed announce that face masks will no longer be a requirement for passengers – but instead it will be down to individual choice.

Masks Are Gone On Flights: Your Top Questions Answered

Here’s What U.S. Airlines Are Saying About The Mask Mandate Removal 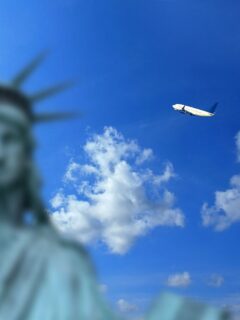 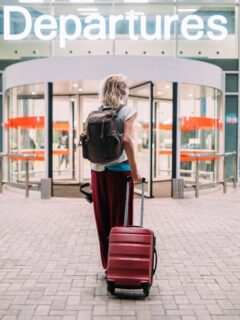 Next
Travel Subscriptions Are Growing, Here's What You Need To Know
Click here to cancel reply.