British Airways is planning to launch a low-cost airline to serve Europe in the coming months. The decision to do so comes following a sustained period of financial losses, with British Airways struggling throughout the last 18 months due to the lack of air traffic as a result of the global pandemic.

The flag carrier of the UK, British Airways has always been synonymous with great service and boasts a renowned flying experience, and it remains to be seen how the airline will look to maintain these standards and expectations whilst providing a low-cost travel service – in a market that is already extremely competitive. Here’s a closer look at what we know so far about British Airways’ plan to launch a low-cost airline, and who their main competitors in the region will be when it comes to offering low-cost services.

British Airways’ commitment to service is evident when one considers their back-catalogue of awards. Sweeping awards for Best Short-Haul Carrier, Best Airport Lounge and Best Airline Staff in Europe in the past few years, those who have elected to fly British Airways know what to expect, and are seldom disappointed. However, all preconceived notions of what a British Airways flight looks like are set to be thrown at the window, as the airline looks to launch a low-cost option.

Whilst not a great deal of information is known about their intentions yet, a leaked memo to the staff of the airline has got the travel world excited and speculating. According to the memo, the airline plans to launch a “new operating subsidiary” to run alongside its current operations. This subsidiary will offer “highly competitive” short-haul routes, in a market that already boasts several other low-cost airlines such as Ryanair, easyJet and Jet2.

The memo, sent by British Airways’ CEO Sean Doyle, revealed that the new airline would be operating out of London’s second-biggest airport, London Gatwick, by the summer of 2022. This was confirmed by a spokesman for the airline, who added that they were working alongside labor unions “on proposals for a short-haul operation at Gatwick”.

Addressing the issue of trying to break into the already highly-saturated European low-cost short-haul airline market, Doyle went on to explain how it would make the airline more sustainable in the long term. “This was previously a highly competitive market but for us to run a sustainable airline in the current environment, we need a competitive operating model,” Doyle said, before adding that the new airline would “help us to be both agile and competitive, allowing us to build a sustainable short-haul presence at Gatwick over time”.

In terms of competition, the new subsidiary will be battling it out amongst the likes of Ryanair, the current kings of European short-haul flights. Ryanair flew more than 150 million travelers in 2019, making them the largest airline in Europe, and they currently serve around 200 cities across 40 countries, making them tough competition and both new and existing airlines.

British Airways’ new airline can also count the likes of easyJet as rivals, with the airline flying just short of 100 million passengers in 2019. Other threats they’ll be facing include the rapidly-expanding Wizz Air, Norwegian and Pegasus, who carried more than 100 million travelers between them prior to the pandemic hitting the continent.

TSA Reports Large Drop In Passengers Due To Delta 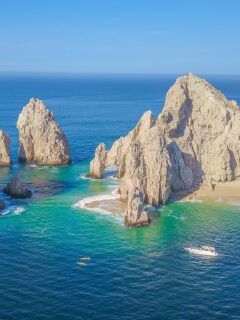