Bulgaria Removes All Entry Requirements May 1

Kicking off its highly anticipated tourist season, Bulgaria will be joining other European countries in removing all Covid entry requirements for foreign visitors ahead of summer. Once it officially scraps all remaining restrictions on May 1, this Eastern European country will become the 37th in the world to have done so, and immediately after nearby Albania.

Like many of its European siblings, Bulgaria clamped down hard on tourism during the Covid crisis. By enacting several different entry curbs throughout 2020 and 2021, at one time including a ban on all U.S. visitors, it saw its booming tourism industry reach all-time lows as travelers started avoiding overly strict countries altogether.

However, as other nations move toward treating Covid as endemic and adapting to the virus, Bulgaria has decided it is now time to follow suit and rebuild its reputation as a tourist-friendly destination:

Bulgaria Scraps All Restrictions Starting May 1

Up until recently, anyone seeking entry into Bulgaria had to observe a number of requirements, ranging from holding a valid vaccination certificate when fully immunized to undergoing Covid testing prior to entering. Some vaccinated passengers were also subject to testing, especially when arriving from the so-called Dark Red Zones.

Although those measures were certainly an improvement over the blanket bans imposed during the peak of Omicron, they still discouraged millions of travelers from visiting, especially those who are not vaccinated and feel somewhat targeted by specific restrictions.

Now, Bulgaria’s era of health screening of foreign arrivals has come to an end.

Starting May 1, 2022, American, Canadian and British visitors will only need a passport and the usual pre-pandemic travel documentation to visit this country, as confirmed by Asena Serbezova, the Bulgarian Minister of Health. While the pandemic-era EU Digital Covid Certificate will not be discontinued, it will no longer be a prerequisite for travelers arriving in Bulgaria.

In summary, entry in Bulgaria is again possible for both the vaccinated and the unvaccinated under the same rules, as there are:

How Safe A Destination Is Bulgaria Right Now?

Back in April 1, the Balkan country also ended a nationwide State of Emergency following two years of Covid, which meant all remaining mandates, including indoor mask usage and social distancing were lifted.

To put it simply, Bulgaria is now back to what it was in 2019, prior to the viral surge, and all travelers enjoy frictionless entry again.

Cases have also been dropping consistently, with the country currently reporting an average of 60 infections per 100,000 people over the last week, or only 7% of the peak. As for vaccination rates, Bulgaria’s are among the lowest in Europe, as only 31.4% of the population is fully immunized, in stark contrast with fellow EU members such as France, Germany, and Ireland, which have all attained vaccination rates of over 60%.

Still, the country has not experienced viral rebounds since infections reached an all-time high in mid-January, even after a new variant of concern was identified in Europe. Despite the general recommendation that countries only enter an endemic phase once broad vaccination coverage is achieved, Bulgaria seems ready to bring forth the process.

Bulgaria – One Of The Most Underrated Countries In Europe?

Once a relatively obscure country in Eastern Europe, Bulgaria has set out on a path to become a distinct summer destination as strong as neighboring Greece or Turkey in recent years. With an extensive Black Sea coastline, it offers tourists both sandy beaches and seaside resorts at much cheaper rates, as well as countless cultural and historical attractions.

Sunny Beach, one of the Bulgarian Riviera’s rising stars, has just been named the second most affordable summer destination in Europe. As it is not in the Eurozone, prices are much lower than the EU average, with travelers spending an average of only USD 33.78 per day when visiting Bulgaria.

On the other hand, other EU countries like Spain and France, which are both in the Eurozone, expect visitors to have a minimum of 100 euros in spending money per day.

Popular attractions in Bulgaria also include:

When visiting Bulgaria, travelers are advised to follow their own country’s recommendations regarding safety and health measures. U.S. citizens are also reminded that, although Bulgaria has no entry requirements in place, pre-departure Covid testing is still required when returning to the United States from abroad. 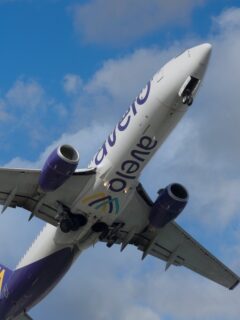 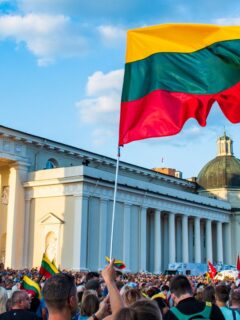