Covid-19 variants continue to be a concern across Canada, causing Health Canada to amend its travel protocols for incoming travelers and opposition leaders calling on the federal government for a complete ban on international travel.

In a notice shared today, Health Canada announced that “all travelers must take their 2nd on-arrival COVID-19 test on day 8 instead of day 10.”

Per the current travel rules, all travelers coming into Canada must take a COVID-19 test before entering Canada, another test upon arrival in the country, and a 3rd test on day 9 (previously 10th) day of their 14 day quarantine period. This is in addition to the mandatory hotel quarantine, which was recently extended.

Explaining the change on Twitter, Health Canada said, “By moving to day 8, we will identify positive cases sooner and allow earlier sequencing of variants.”

Last week, the federal government announced a 30-day ban on direct flights from India and Pakistan due to spiking daily Covid-19 cases and the B.1.617 variant, which was first detected in India.

However, the federal conservatives are calling for even further travel restrictions.

Conservative Leader Erin O’Toole said that Canada should consider shutting down all international travel temporarily after previously saying they should restrict travel from COVID-19 hotspot countries.

“The government needs to secure the border by stopping flights from all hotspot countries and in fact, perhaps all international travel temporarily until we can rectify and secure our border”

Jagmeet Singh, the leader of the NDP party,  is not rejecting the idea of a complete travel ban.

“I’m open to whatever is in the best interest of Canadians and what will work to keep us safe,” he said. “And so if that includes some travel restrictions and or increased travel restrictions, I’m prepared to look at the evidence and then make a decision that supports what experts are calling for.”

Ontario Premier Doug Ford also called on the federal government to close all non-essential travel to Canada as the new variants continue to show up in the province. In a statement on Saturday, Ford said:

“We need more action on our borders right now. The federal government must close all non-essential travel to Canada immediately,” the premier said. “The new border measures announced at the end of this week came far too late and don’t do nearly enough to protect Canadians. Without further action we risk prolonging the third wave, or creating the conditions for a fourth one.

Health Canada said about one percent of arriving passengers are testing positive, but did not say how many have tested positive after 10 days.

Many politicians and health officials have also voiced concern about continued travel within Canada. Last week, the premier of British Colombia announced they will restrict non-essential travel between 3 provincial health zones, while Atlantic Canada continues to be closed to the rest of Canada.

Canada continues to lag far behind the United States on vaccinations but passed a milestone on Thursday morning with more than 10 million people (about 30% of the adult population) receiving at least one dose.

The federal government says that it expects Canada to receive around 1.9 million vaccine doses this week, including the first delivery of 300,000 Johnson & Johnson vaccines that only require one shot. They are expected to be distributed to the provinces in the first week of May. 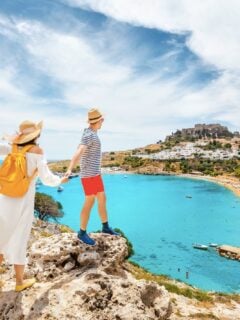 Previous
Greece Plans To Be Top Tourism Destination This Summer 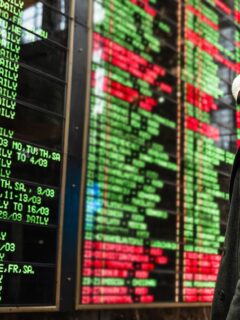 Okay,`the U.S. is opened and many other countries opened what is Canada doing wrong? Can no one see we are being oppressed by our government. The freedoms we lose that our grandparents fought for ,we will never get back, we must stand up now. And follow what the successful countries are doing. Or roll over and not be able to walk down the street..

@rod, ehm, which countries are succesful then...? In Europe it's a complete mess, except on some islands maybe. Yes, some EU countries are reopening (like last summer 2020...and that didn't end well) and here in the Netherlands restrictions are lifted even though covid cases are (still) rising. Maybe you're talking about China and New-Zealand who seem to have beaten covid? Well, we all know our 'lockdown' is/has been paradise compared to theirs.

These idiots are carrying on as if there are not a lot of places that are fully reopened and doing well...

Wow, if even conservatives are for shutting down the border, I think total lockdown in Canada will be there soon. Canada barely has any cases, yet they are acting like end of world. What happens if it continues until 2025? Seriously, if you are still in Canada, I would move immediately.

@garrytravel, I am terrified of this country. I am looking to move but it is easier said than done especially since I haven't had business in over a year. I now know more people who have been incredibly sick or died from the vaccine than people I know who tested positive, none of which had symptoms. I never liked or felt like I belonged here but I never thought I'd be fleeing from Canada. Its starting to feel like life or death now just getting away from the political agenda. I've never been fearful of anything but I am terrified of the power overreach they are never going to let go of.

This country is a nightmare. I’m working on trying to leave without having to return (no way I’m paying for that insane hotel quarantine), but it’s a struggle and it’s scary to see how totalitarian Canada has become. Residents of BC can’t even access our own province because there’s police checkpoints set up, and many business are locked down/going broke. I’m feeling very scared and trapped, like many other Canadians who don’t want to live under perpetual covid rule.

@Kashlee Kucheran, Thank you for understanding. Your site is very helpful and makes me feel like I’m not alone.

frustrating.. like the 12 monthly US border reopening/closure extensions so far and counting